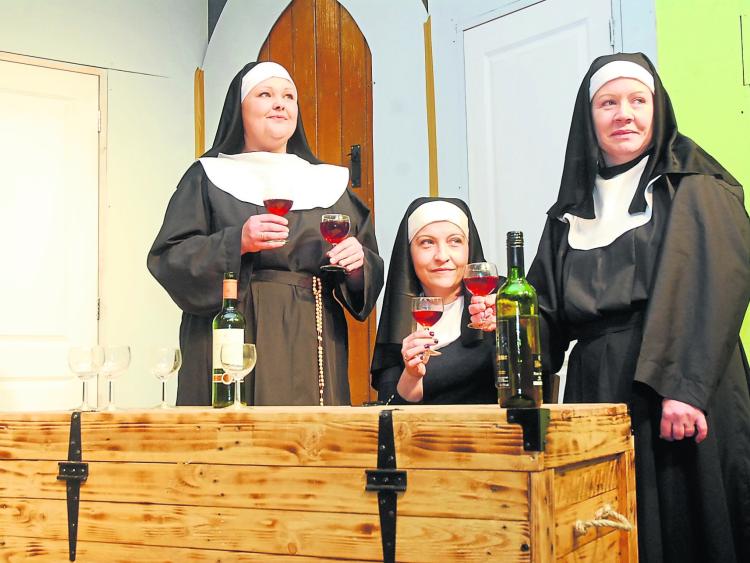 Having a tipple are Gillan Warren as Sister Mary Catherine, Stephanie Prior as Sister Philomena and Anna May Kelly as Sister Augusta.

A tiny convent, far, far, from the watchful oversight of Rome, faces tough choices to remain open, and with only two nuns and a Mother Superior in the entire order of the Sisters of Perpetual Sewing, it is not a simple task to achieve.
“Drinking Habits” directed by beloved director Brian Dolan is sinfully funny and a real treat for the soul and a must see for everyone.

The performances will be held in the Aughawillan Hall on February 9, 10, 11 and 12 at 8.30 pm sharp.
Sister Augusta and the demure Sister Philomena have been forced to choose between keeping their entrepreneurial endeavours secret and keeping their convent open, and as the drama progresses, their surprising success swiftly becomes an immediate problem, bringing new people into the convent in pursuit of their own selfish ends. 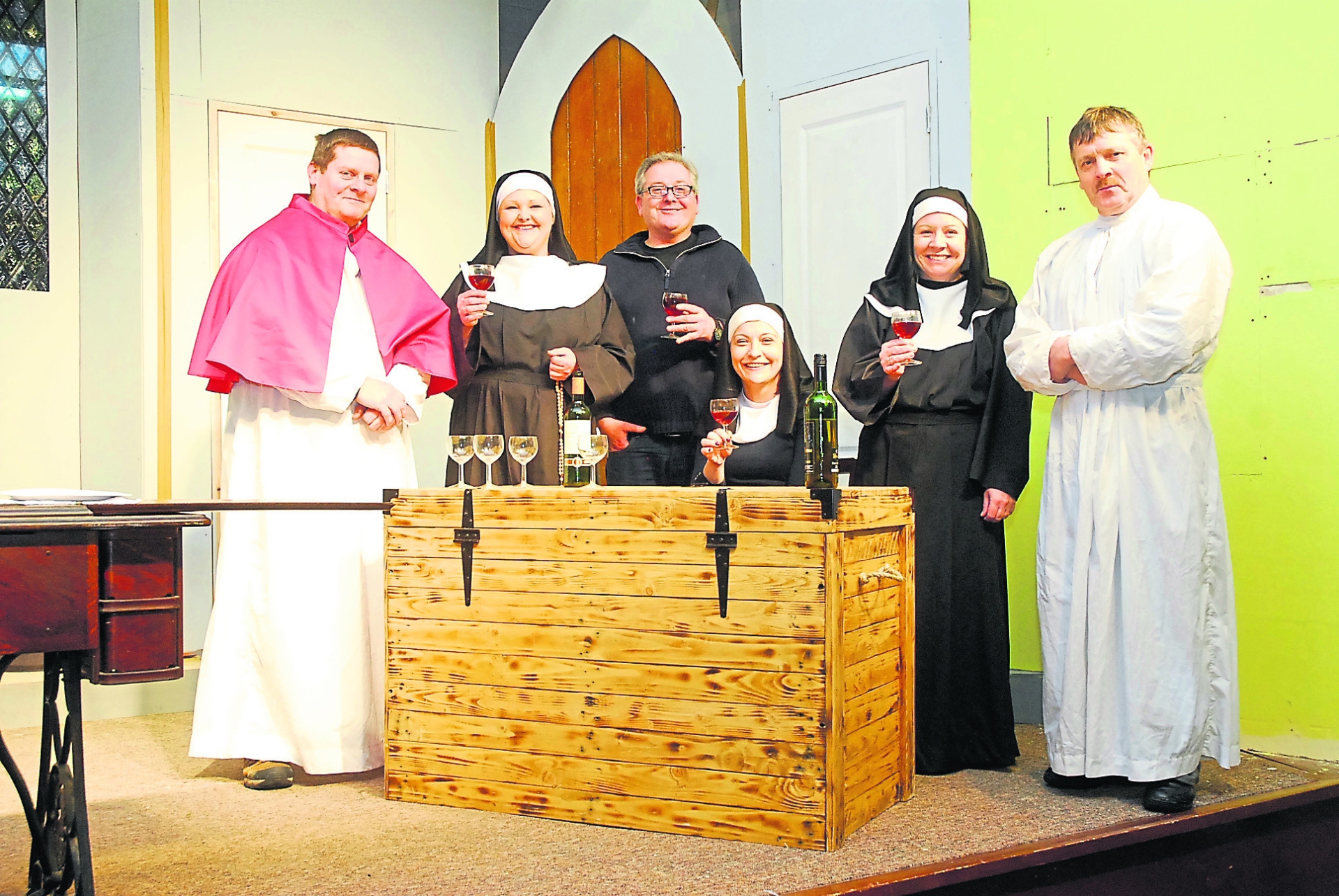 Nosy ambitious reporters are mistakenly welcomed, but as more people show up, Mother Superior, played by Tracy McTague, quickly becomes suspicious as to the true motives of the latest arrivals. The truth is not as readily available as you might expect among people of the cloth, but indeed truth is inexorably revealed to the astonishment of many and the delight of others.

This clever, witty and wickedly fast comedy has won scriptwriting awards in America, but its true genius lies in providing a brilliant night's entertainment for the audience. Snappy dialogue, credible characterisation and smooth plot development are only part of the ingredients that deliver seamlessly in this exquisite ecclesiastical extravaganza.
Shed your habit of seriousness; discard your disdain for farce: accept the absurd and immerse yourself in laughter, home-grown in the vineyard of the Sisters of Perpetual Sewing. Who knew such a small convent could cloister so much fun into one evening?

This play is a rollicking, fun-filled travesty of organized chaos which is created by the talented cast - Sister Philamena (Stephanie Prior), Sister Augusta (Anna May Kelly), George (Patrick Flanagan), Paul (John McTeggart), Sally (Karen McGovern Prior) Sister Mary Catherine (Gillian Warren) and Father Chenille (Jerome Quinn).
The performances will be held in the Aughawillan Hall on February 9, 10, 11 and 12 at 8.30pm sharp.
Admission is €10.
Arrive early to avoid disappointment. 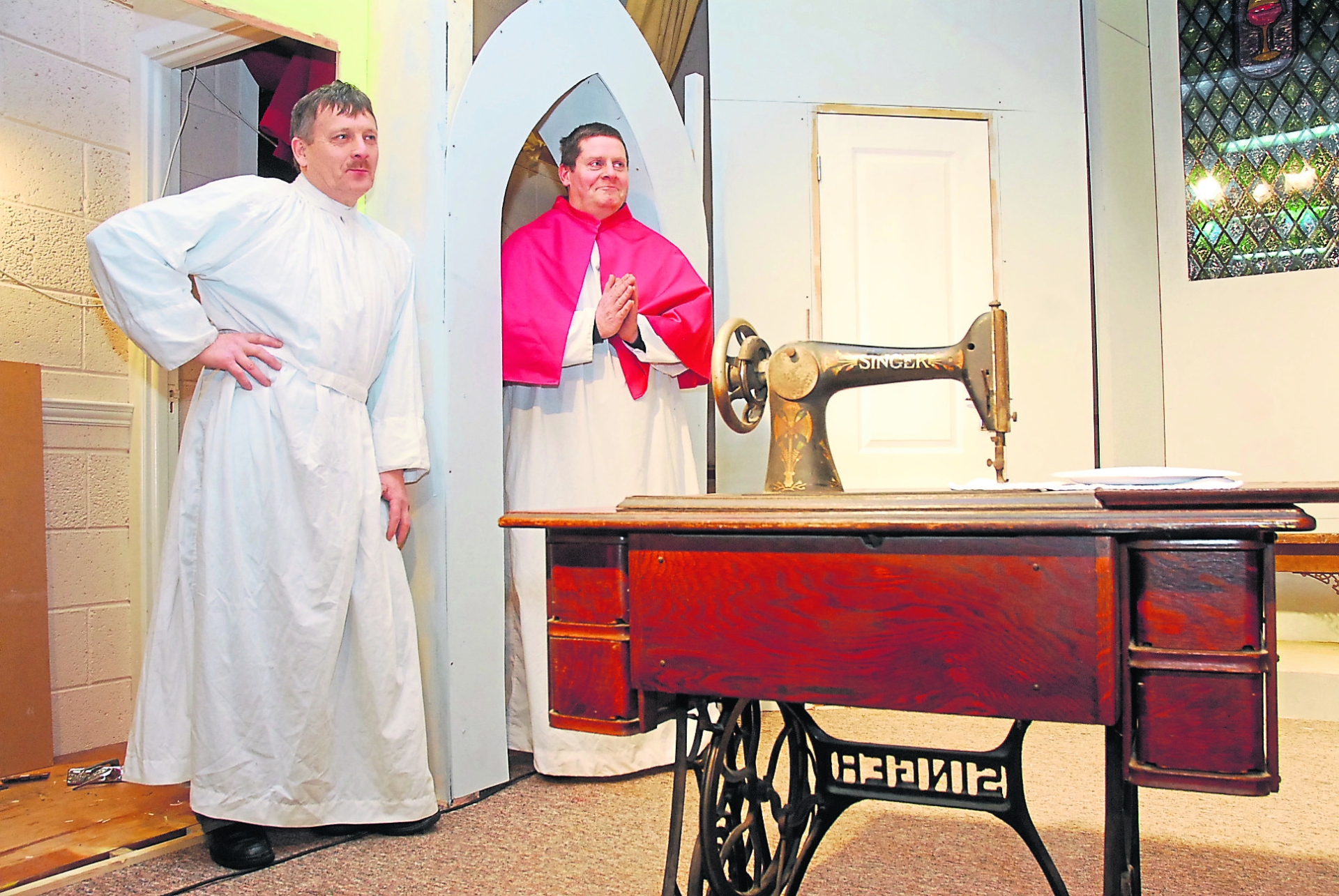