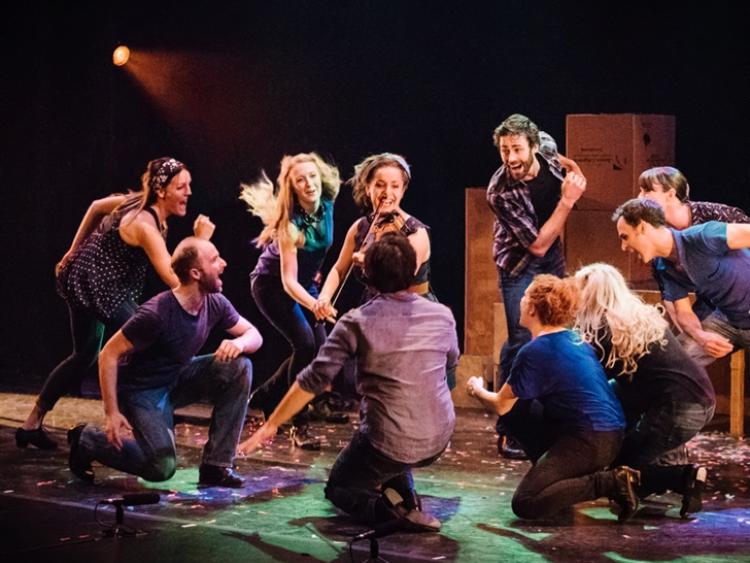 The project began in 2015 when ZØGMA visited Ireland and devised a show called Sokalo Atlantic Rhythms. This collaboration resulted in an enthralling, highly energetic production, at the crossroads of modernity and tradition. The show toured Ireland and Canada visiting five provinces there. Now the artistic team that brought that production to life are back again with a remixed version that once again fuses Canadian and Irish traditional music and dance cultures.
Each time they meet, the artists involved produce a magical spectacle that highlights the proximity of Irish and Quebecois traditional cultures, while offering a new aesthetics and a new vision of folklore merging both traditional and contemporary life.

Edwina Guckian is renowned across Ireland for her contemporary and innovative take on Sean Nos dancing.
This journey is inspired by the living traditions of Ireland and Quebec .
The second performance will take place on Friday, March 10. Both will begin at 8.30pm.
Tickets are available on (071)9650828 or on line at www.thedock.ie