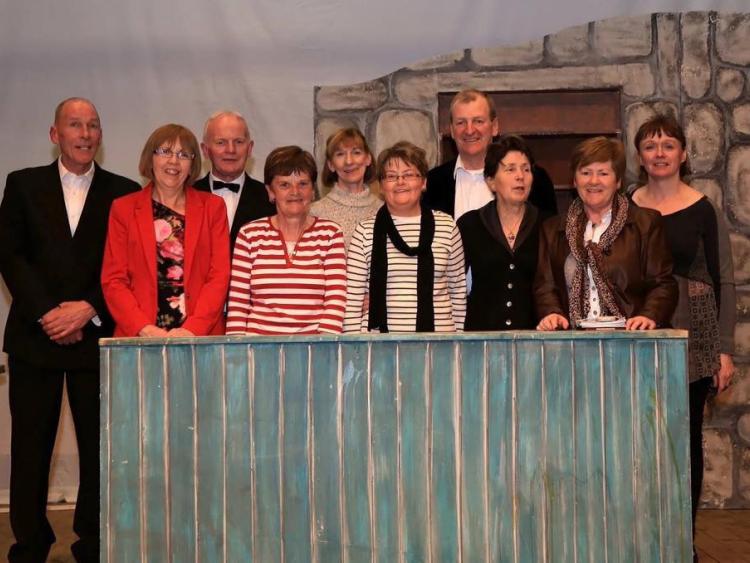 The Drama Festival Committee in Ballinamore is in the process of putting the final touches to the town’s 36th Drama Festival.
For people interested in drama, the Ballinamore Festival is a wonderful annual event, and it is a major achievement for a small group of people to be able to keep this highly-acclaimed Festival running.

The man performing the official opening this year is the talented actor Séamus O'Rourke, who himself performed many times at Ballinamore Drama Festivals.
His talents in performing, writing, producing and set design are top class.
Séamus is also the author of the play 'The Trappe Family' being performed by Sillan Players on the closing night of the festival on March 12 so his presence and influence will be there on the opening and closing nights.

This year the festival has a great line up of plays, opening on Sunday March 5 with the play Abegail’s Party by author Mike Leigh, performed by the Lifford Players.
The festival is renowned for hosting groups who qualify for the All Ireland Finals in Athlone later on in May and we hope this year will be no different so you are guaranteed top class acting.
On Monday March 6, The Phoenix Players from Tubbercurry are staging The Third Policeman written by legendary Flann O Brien.

Following that Clann Machua, Kiltimagh group performing Juno and the Paycock by Seán O’Casey on Tuesday March 7.
The Butt Drama Circle are no strangers to Ballinamore and they are doing that wonderful play, Dancing at Lughnasa by Brian Friel on Wednesday March 8.
The Corn Mill Theatre Group from nearby Carrigallen are always a major attraction and this year they perform one of the greatest plays of all time, Philadelphia, Here I Come, by Brian Friel on Thursday March 9.
The latter half of the week sees the Jacks coming to the sticks, on Friday March 10, the Dalkey Players with the play, Dead Man’s Cell Phone by Sarah Ruhl.

The neighbouring Co. Cavan, Bailieborough Drama Group are on stage with The Tide by Tara Maria Lovett on Saturday, March 11. We don’t see the tide often in Ballinamore so don’t miss this one!
To cap off a week of dramatics and to close our festival for another year we have the Sillan Players with the play The Trappe Family penned by multi talented Séamus O’Rourke on Sunday, March 12.
The adjudicator this year, Rose O’Neill, is from Carrickmacross, Co Monaghan.
Please note new starting time nightly is 8pm.