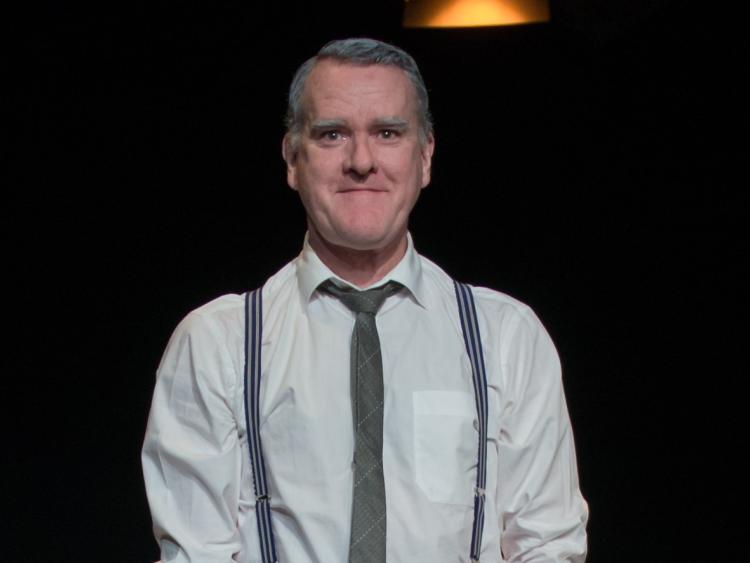 Following his acclaimed, multi-award winning production of “The Man in the Woman’s Shoes”, Mikel Murfi makes a much anticipated return to Roscommon Arts Centre on Tuesday, April 4 with his new one-man follow up show, “I Hear You And Rejoice”.

Late in his life, Pat Farnon, a cobbler and all-round contented man, marries the redoubtable Kitsy Rainey who is everything Pat isn’t. It’s a match made in heaven, in more ways than one. Audiences will also meet Huby Patterson and Magic Mick as well as Sylvie, Eugene and Tony Cleary – (the amazing no instrumental man) in this special piece of theatre.

Mikel Murfi is a busy man of late having just starred in the Abbey Theatre’s production of Enda Walsh’s “Ballyturk” a role he has reprised from its original run at the Galway Arts Festival in 2014 in which Mikel starred with Cillian Murphy and Stephen Rea. Mikel also starred in Michael Keegan Dolan’s Swan Lake/Loch na hEala, the runaway success show at the 2016 Dublin Theatre Festival which recently picked up the Best Production award at the recent Irish Times Theatre Awards.

“I Hear You And Rejoice” is the second collaboration between Sligo County Council Arts Service, The Hawk’s Well Theatre Sligo, and Mikel Murfi. It was created for the Bealtaine Festival - Celebrating Creativity As We Age.

This is a piece of theatre you will not want to miss...you may never look at life in quite the same way again. Booking now at Roscommon Arts Centre on 09066 25824/www.roscommonartscentre.ie