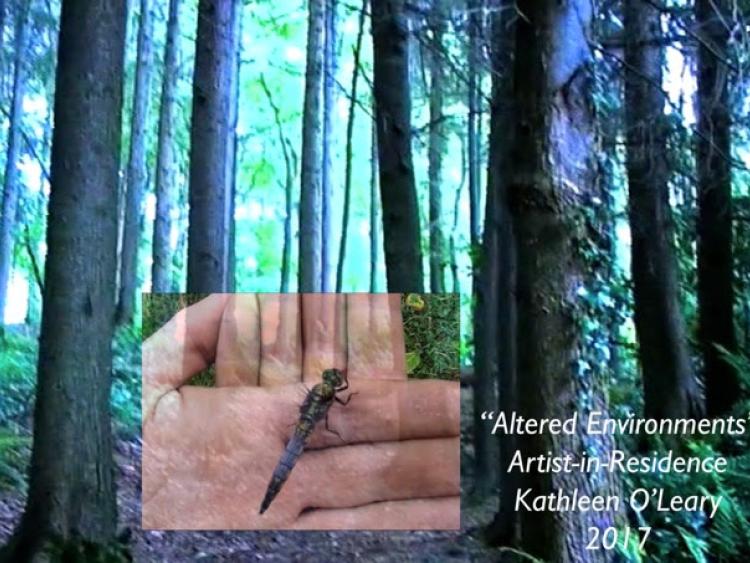 'Altered Environments', is an artist-in-residence exhibition that has been created through a montage of pre-recorded footage taken at music and arts festivals produced in Ireland and Spain during the past 12 years.

The artist's interest lies in how humans alter environments at such ‘living outdoor spaces’ and in turn challenge fixed concepts of urban-rural ‘design’, and the dichotomies of nature and culture through collaborative action and critical pathways for autonomy and freedom.

O'Leary's award winning experimental film 'Moveable Dimensions', which is on show in the gallery, was made possible by two residencies in association with the Leitrim Sculpture Centre and Digital Arts Studios Belfast, Northern Ireland. The project also received support from the Arts and Disability Forum, Ireland and showed at the Duncairn Arts Centre and for Late Night Art with PS2 in Belfast 2017. The film will go on a European tour for the World Culture Festival in Mallorca, Spain, May, 2017.