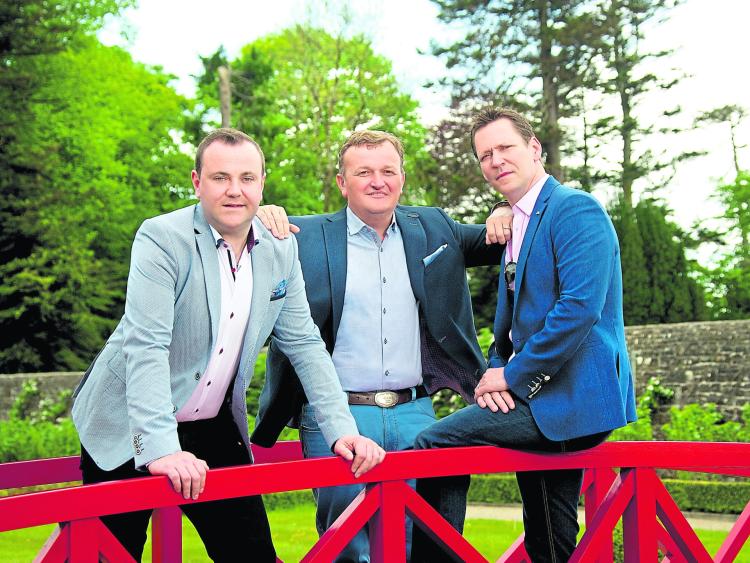 The Three Amigos have established themselves as one of the most popular Country acts in Ireland.

Their nationwide Spring tour has seen Jimmy Buckley, Robert Mizzell and Patrick Feeney perform in front of thousands right across the island and now due to unprecedented public demand The Amigos tour has been extended to take in a further three dates in March and April.
Speaking to the Leitrim Observer, Jimmy Buckley confirmed the new shows and stated his delight with the tour to date, “The reaction has been fantastic, we have made so many new friends on this tour, but to see our loyal fans enjoying our concerts again this year has left all three of us feeling very fulfilled and at the same time humbled at the large numbers who have been coming to our shows.”

Robert Mizzell told the Observer that the new show which includes special tributes to Charlie Pride, John Denver and Don Williams among others, has gone down a storm with the audiences, “Our brand new sketch which was co-written by well know comedian Frank Forde, has been greeted with roars of laughter and that’s something we are very proud of.”
Local Gurteen man, Patrick Feeney commented, “the show is much more than just a music concert, its full of variety, we feature all the great country hits, but this year we have also included a special tribute to Joe Dolan, Rod Stewart and Marty Robbins and we have been bowled over with the reaction.”
The Three Amigos have confirmed that they will perform live at a special concert in the Kilronan Castle Hotel, Ballyfarnan on Monday, April 17.

This will bring the spring 2017 Tour to a close, it’s expected that the guys will tour again in early 2018.
Tickets available at reception on (071) 9680000 and at Mulveys News agents, Carrick on Shannon and Topaz Boyle as well as tickemaster.ie