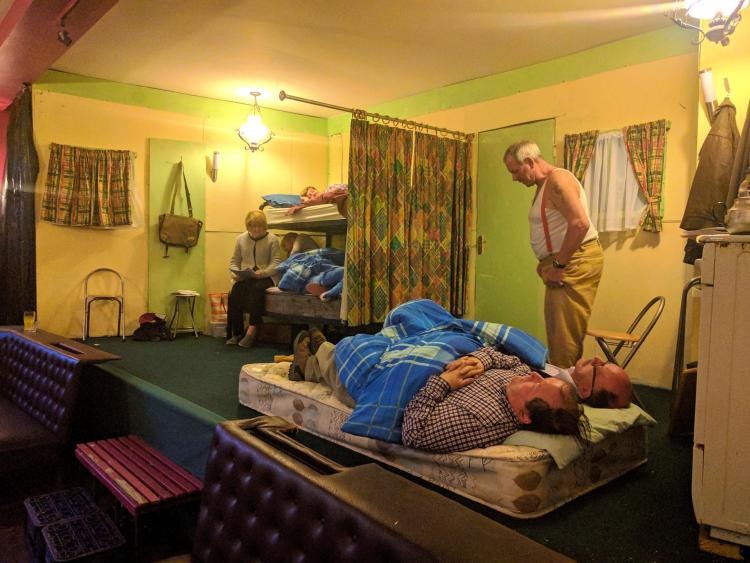 Kiltubrid Drama Players perform 'Widow's Paradise' in Cardiff's Lounge, Drumcong on May 19, 20 and 21.

History will be made in Kiltubrid on May 19, 20 and 21 in Drumcong when the newly formed Kiltubrid Drama Players stage 'Widows’ Paradise.'

The group will perform the wonderfully hilarious 3-Act Comedy Play by the great playwright of comedy, Sam Cree.
From the minute the curtain rises until it falls, it is a laugh a minute. Why wouldn’t it be - the plot ensures there will be mayhem!
Five women set off for a weekend in a caravan, their motto and resolve is “Men - never again.”

They pick the wrong caravan. When the key fails to open the door, they break down the door. Five men return from fishing to find their caravan occupied, what ensues you will have to see!
Few can recall a drama group in Kiltubrid, so when Kiltubrid Drama Players go on stage in Cardiff’s Lakeside Lounge, Drumcong they will be making history. Not only that, it will be the first time in a play for nine of the ten cast.

The idea to stage a play was first mooted in early October 2016, when two of the cast felt a drama group would be good for Kiltubrid. An approach was made to a drama workshop facilitator - notices were put in the parish newsletter and local notes of Leitrim Observer, that drama workshops would commence if there were sufficient numbers. 14 answered the call.
After 5 weeks of workshops it was evident that there was great talent.

'Widows’ Paradise' is under the direction of Andrew Redican, who facilitated the workshops. He has been involved in stage drama for more than 50years as actor, playwright, producing and directing.
It will be a unique and memorable weekend for the parish of Kiltubrid and play-goers all over Leitrim, when Kiltubrid Drama Players perform the hilarious side splitting comedy in the comfortable, luxurious 200 seater Cardiff’s Lakeside Lounge, Drumcong.
The play runs on Friday 19, Saturday 20 and Sunday 21 of May.