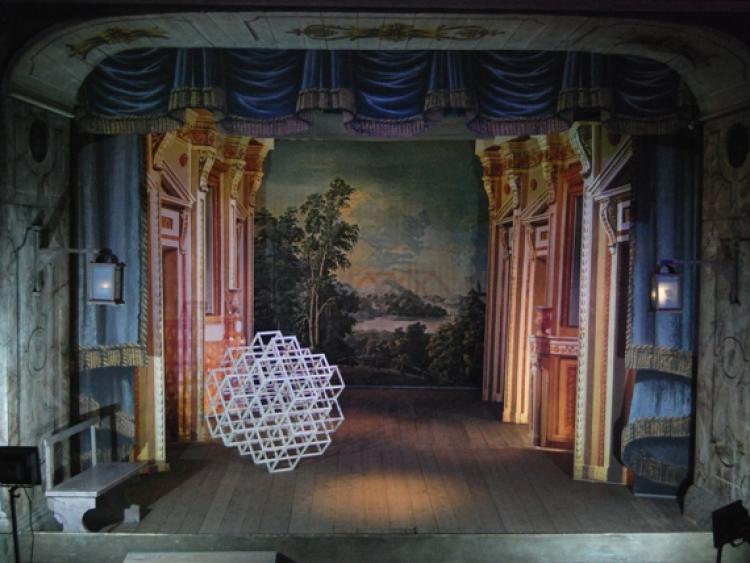 The Last Wilderness is an exhibition and gig by Cecilia Danell this Friday, June 2 in The Dock from 6pm.

This solo exhibition is an expansion of Cecilia Danell’s recent show at Galway City Arts Centre in March, for which she received a four star review from the Irish Times.

For the exhibition at The Dock they will re-contextualise Danell’s stunning paintings of Scandinavian landscapes by making references to her interests in film, theatre and performance.
Many of the paintings make reference to her native Sweden and were developed during a residency in Norway.
The exhibition incorporates an experimental film piece, shot on Super 8 film in the forest landscape at Bona, County Östergötland and The Old Theatre in the town Vadstena near where Danell is originally from.

The film will be screened from a small theatre set constructed of a plywood forest.
The works play between ideas of realism and artifice. Danell is interested in the relationship between cinema and dream and in how the landscape can act as a metaphorical stage set for the human psyche.
She seeks to investigate the correlation between landscape, staged realities and the theatre.

Exhibition preview takes place at 6pm, followed at 8.30pm by a free evening of music by Danell aka A Lilac Decline, and her fellow musicians Phantom Dog Beneath The Moon and Loner Deluxe from micro-independent Galway label Rusted Rail.
Booking is required to reserve seating www.thedock.ie

The exhibition continues until August 16.
The Dock’s galleries are open from Monday to Saturday from 10am.
Admission is free and all are welcome.
For further information on our associated visual arts programme and all events visit www.thedock.ie