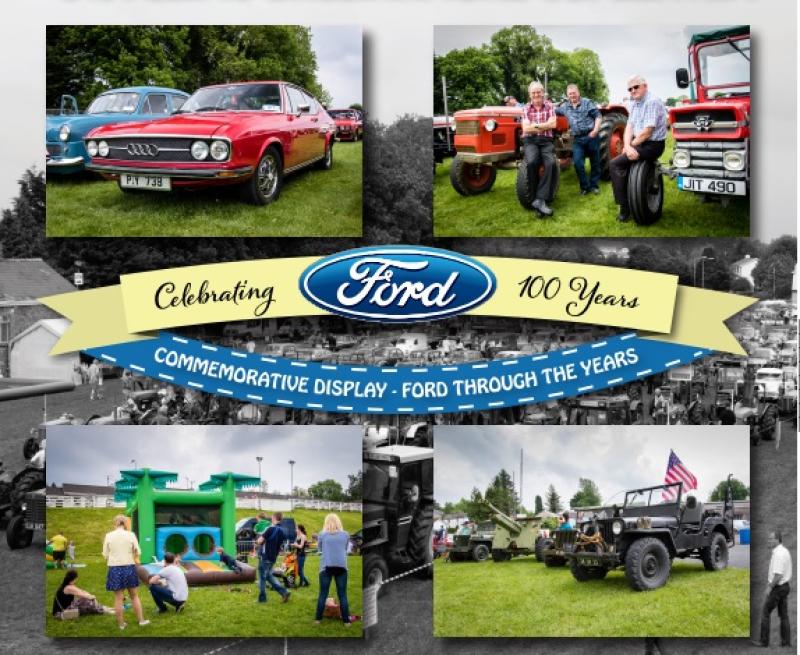 This year’s show is celebrating the centenary of Ford in Ireland by having a special commemorative section for all Ford and Fordson vintage vehicles as well as a special display of some iconic vehicles produced by Ford in the past 100 years.
Of course there will also be a general display of all makes of vintage cars, tractors, commercials, stationary engines, motorbikes and more.

For the first time since St. Felims closed as a railway station, a steam engine will be returning in the form of a beautifully restored steam-powered roller belonging to Gerry Bratton from Longford.
This meticulously restored machine is sure to delight both young and old.

There will also be displays of traditional hand crafts including tinsmithry, blacksmithery, wood-carving and more as well as a large autojumble with everything from antiques to parts and tools on sale.
There will be plenty to keep the kids entertained with FREE bouncing castles, a mini-digger competition, on-site catering, live DJ and more.
A fun filled day for all the family is guaranteed!

South Leitrim West Cavan Vintage Club would like to thank everyone that supported their shows in previous years which raised some much needed funds for both local and national charities.
This year's show is in aid of two very worthy local causes: the Colm Costello Recovery Fund and Ataxia Ireland.
Ataxia Ireland supports people and families living with a genetic ataxia. Friedreich’s ataxia is a genetic and progressive disorder of the central nervous system which usually manifests itself in children between the ages of 6 and 16 years.
Colm Costello is a young Ballinamore man who has been in a coma since last August.

A raffle will be held on the day for a number of fantastic prizes with the proceeds also going to these charities.
Gates are open to the public from 12pm.
For more information contact 086-8180191, 086-0616422 or “Like” the club on Facebook."