Be at the new Nathan Carter TV Show 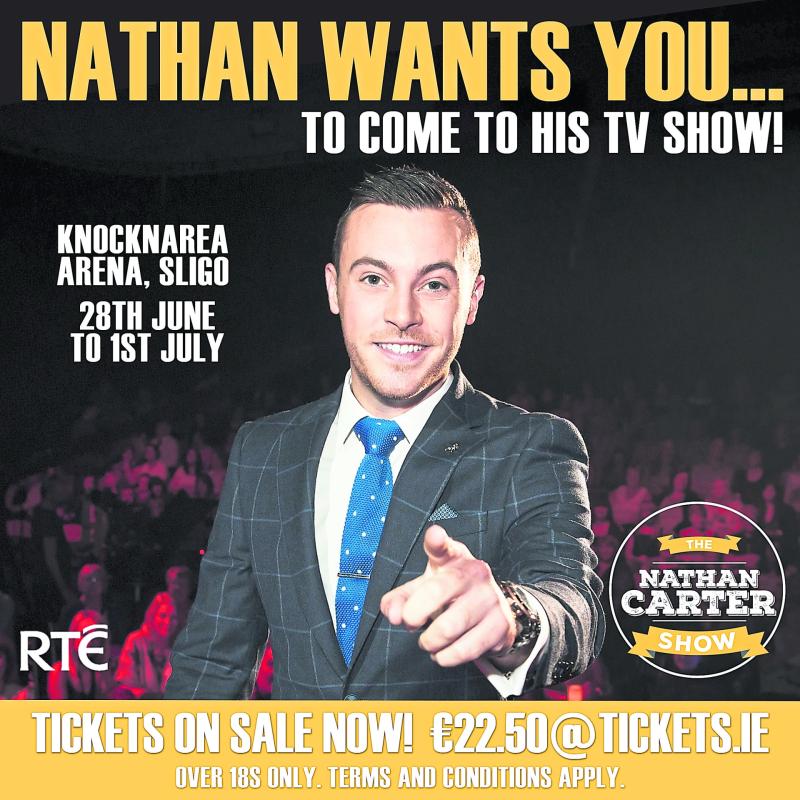 Country Sensation Nathan Carter is filming his second TV show in Sligo and you could get your face in the crowd.
The young singer who recently entertained crowd at Cowboys and Heroes at Drumcoura City, Ballinamore is filming his second show in the Knocknarea Arena in Sligo on June 28,29 and July 1.
The Leitrim Observer want to give you free tickets to the show!

Each show will be packed with live music from Nathan and some very special guests from Ireland and further afield and will be broadcasted later this year on RTÉ One.
This is the perfect opportunity for fans old and new to get up close and personal with Nathan and be part of this exciting television experience!

Following the runaway success of his sold-out arena tours Nathan Carter is one of Ireland’s most sought-after entertainers.
Tickets are €22.50 (incl. booking fee). Group Rate: 25% discount for groups over 10 (€16.88 per ticket).
Tickets can be purchased on www.tickets.ie Over 18’s only, doors open at 6.30pm.
Competition

We have a pair of tickets up for grabs for June 29. To be in with a chance of winning the tickets and being part of Nathan's new TV show just answer the following question:

Q: Where is Nathan filming his new TV show?

Email the answer with your name, address and phone number to leitrimobservercomp@gmail.com