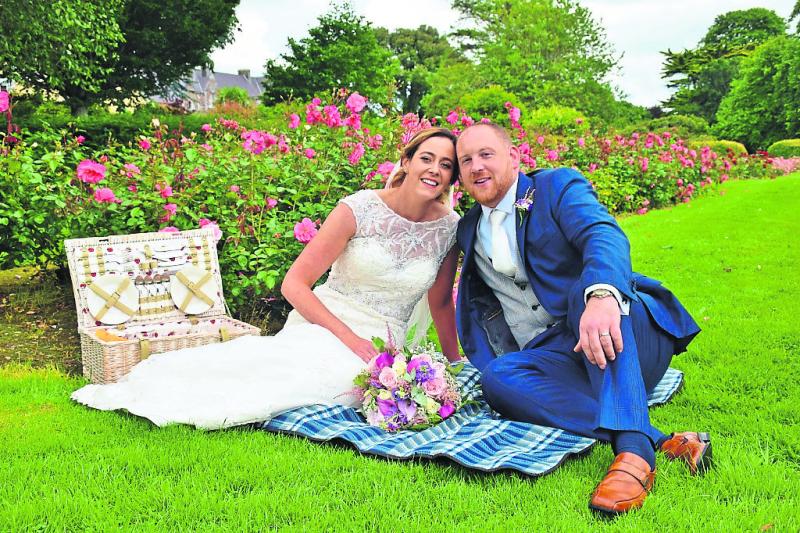 If you were married during the year and would like to have your happy photo featured in the Almanac.

The Leitrim Observer newsroom are currently working on the inaugural edition of the Leitrim Almanac. This will be available in early November through local newsagents and will reflect on some of the highlights of the year that was whilst also looking ahead to the year 2018.

It will be packed full of some of the best features of local press and will also feature a nostalgic look back through the years as we re-produce actual archive pages from bygone years.

We also plan to reproduce some of the best photos from 2017 as well as some of the most popular archive photos as published in the YesterYears publication earlier this year.

The publication will very much be a collaborative effort and to that end we are appealing to readers for some timely help and assistance. If you are a local poet, writer or photographer then we would love to feature your work. Also we are looking to reproduce wedding photos of local couples who were happlily married over the course of the year.

The  Leitrim Almanac will be available in local shops from early November and promises to be a treasure trove of memories and highlights from the year that was as well as a topical and seasonal look back at bygone years.

Later this year the Leitrim Observer will produce the Leitrim Almanac publication. This will be a stand alone publication that reflects on the year that was and also looks ahead to 2017.

We want to chart the highs and lows of 2017 and for many couples the best part of 2017 would have been their wedding. Over the course of the year we have featured many local weddings in the Observer and are keen to features others also in the Almanac. So if you were married during the year and would like to have your happy photo featured in the Almanac, then please feel free to email your wedding photo and an accompanying caption to editor@leitrimobserver.ie

As part of the inaugural Leitrim Almanac publication, which is due out in early November, we plan to showcase the best of local writing. To that end we are inviting local writers and poets to submit samples of these work for inclusion.

Ideally we would prefer if the subject matter was Leitrim themed but that is not essential. However it is necessary that the writers and poets are either from the county or living locally. If you would have to have your work featured in the Leitrim Almanac then email  samples of suitable work to editor@leitrimobserver.ie

Shout out for local photos!

Co Leitrim is alive at the moment with top quality photographers who are showcasing their work online and in particular through Facebook. As part of our inaugural Leitrim Almanac publication we want to give a print platform to as many of these photographers as possible.

Ideally we want to feature your work if it has a Leitrim dimension and of course it is important that you either live locally or are originally from Co Leitrim.

If you would like to have your work featured in the Leitrim Almanac then email hi-res samples of suitable work to editor@leitrimobserver.ie