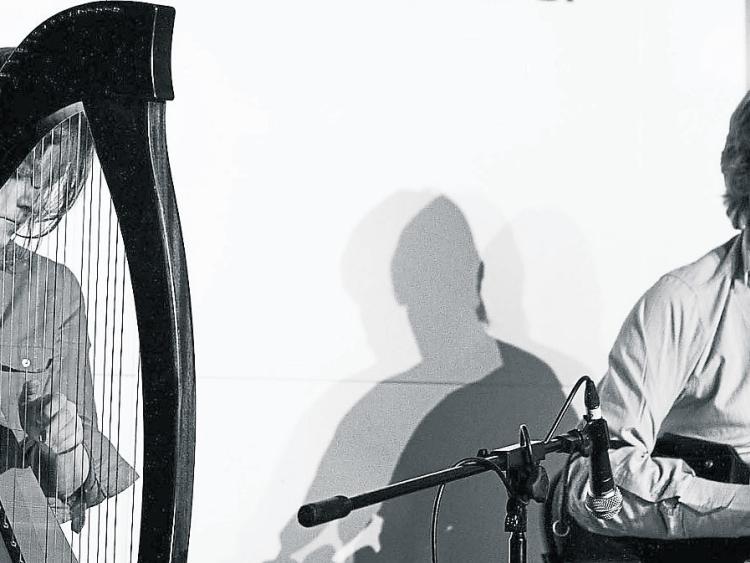 Harper and piper, Laoise Kelly and Tiarnán O’Duinnchinn, have each respectively achieved levels of excellence and mastery realised by only a very few musicians.
They are regarded by many in the same light as the giants they invoke on the album Ar Lorg Na Laochra (On The Shoulders of Giants) which they will perform in The Dock next week.
The sublimely subtle harping of Laoise Kelly has seen her collaborate with many diverse musicians and on Thursday, February 22 evening she resumes a highly creative partnership with piper, Tiarnán Ó Duinnchinn, following the release of their duet album last year, Ar Lorg Na Laochra (On The Shoulders of Giants).
Both musicians tend to eschew the limelight but together they bring vigour to tunes from Ireland, Scotland and Europe. This concert will be a real treat for listeners who relish the balance between silence and the notes themselves. Almost all of the main regional styles and repertoires in Irish traditional music alongside their exemplary players are invoked in these performances by Harper and piper. You will hear humour, gaiety, mischief and sorrow weave in and out of the musical narrative. All the while homage to the source of the tunes is expressed in the choice or selection of tunes in the reference to the associated player or collector and in the playing. Whether reaching back through time for tunes or playing more contemporary compositions both Laoise and Tiarnán will leave you in no doubt that the tradition is both alive and well in 2018. Tickets are available from The Dock box office on 0719650828 or online at www.thedock.ie