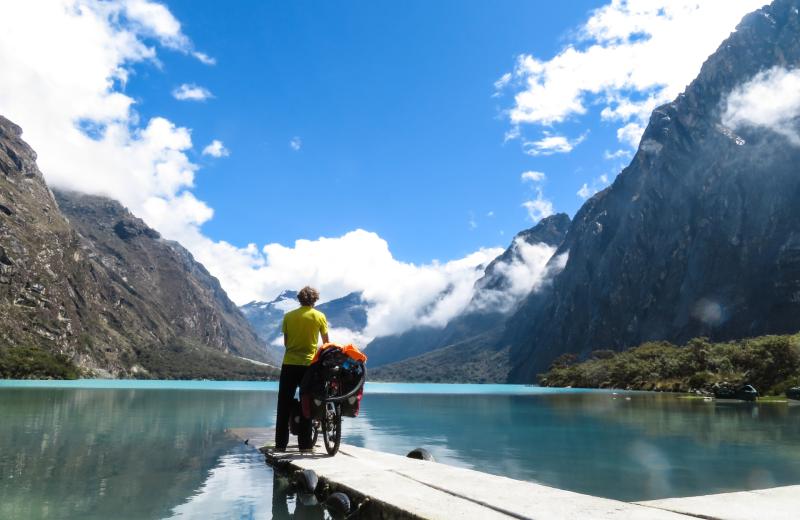 Take a break from biking it around North Leitrim and enjoy an Evening of Cycling Adventure Tales presented by Leitrim Cycling Festival this Friday, June 22 at 8pm in The Glens.

Twenty eight year old Limerick adventurer, William Bennett, recently home from his around the world cycle will be presenting a talk on his journey. Over the last three years, William has cycled over 58,000 kilometres across five continents, traversing the length of Europe, Asia, Australia, South America and Africa solely by bicycle. He will detail his fifty-eight country journey, explaining the exhilarating highs and crushing lows of such an adventure and why, after this journey, he now holds an overwhelmingly positive view of the world.

Mary Russell is a Dublin-based writer. Her first book was about women travellers and explorers, The Blessings of a Good Thick Skirt, and included a section on early cyclists including one woman who, riding her brakeless bike down a steep mountain track, tied a branch of a tree to the back of it to slow her descent.

Mary's most recent book, My Home is Your Home, is an account of her travels round Syria, on foot and by bike, in the period leading up to the war. It was a fascinating journey when she experienced a degree of hospitality which would leave Ireland of the welcomes standing.
Even the lumpy beds and the schools inspector who wanted to share his pornographic movies with her failed to diminish her appreciation of this historic country and its peoples.