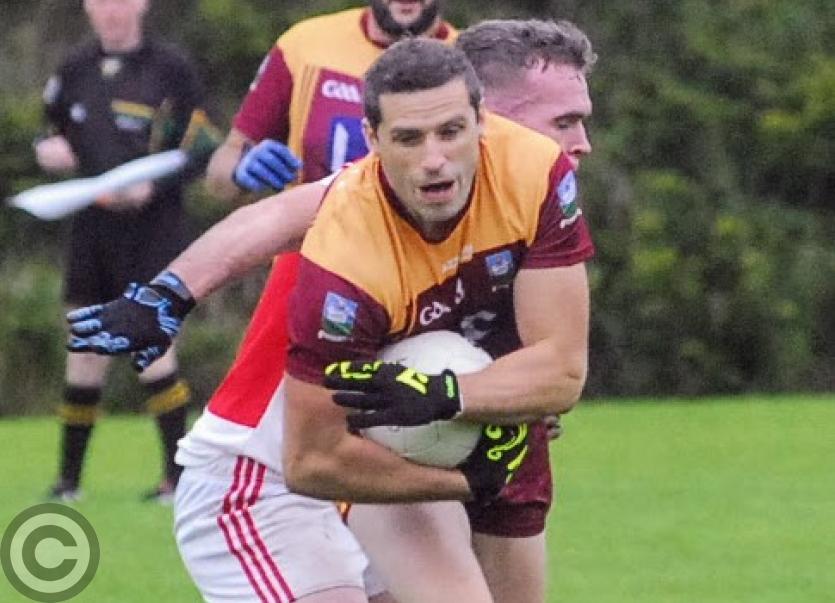 A change in attitude has seen Annaduff reach this year’s Smith Monumentals Intermediate Championship Final according to long serving captain David Duignan as he looks back on a long Championship campaign.

This time last year Annaduff were relegated back to the Intermediate ranks and David feels that a change in mental attitude was needed from everyone involved with the club - “Look back to the Bornacoola game last year, we beat Bornacoola in the first round by nine points, lost to Glencar/Manorhamilton in the next round by a point, then beat Carrick and it just went downhill after that.

“I can’t put my finger on it, I don’t know what it was, was it the few injuries we picked up but anything like that, once it starts to slip, it is very hard to pick up and playing Bornacoola in the Final, it was always going to be tough because they had already got a beating off us and they were ready for us.”

And David believe that if Annaduff teams get their attitude right, they always have a chance - “I always say that if an Annaduff team turns up, we are very hard beaten but we can easily beat ourselves if we are not mentally tuned in, forget about it, anybody can beat us on the day.”

The Annaduff captain highlighted the role of a player in Mattie Cox who will miss Sunday’s Final against Fenagh St. Caillin’s through injury as being central to their semi-final victory over an Eslin team that had beaten them in the group stages.

“Eslin gave us a nice trimming down in Ballinamore, we just did enough to get over the line but Sunday is going to be a huge ask. Mattie set the stall out against Ballinaglera, I think he set up 1-4 and from day one, he was the man driving us on and we bought into that.

“We didn’t really have Mattie all year and to have him on the field against Eslin was a huge thing for us and to see him go down after five minutes, I was a bit worried about how this was going to affect us but the lads came on and stepped up.

“There are lads out who have been training all year and this will be the first time all year that we will have the full hand to pick from, bar Mattie who is obviously out. It was a good sign that we had lads to come on which we were probably lacking in previous games.

“We needed lads to come on and put a stamp on things, the likes of Ray and Gavin really stepped up and it makes Karl’s job a bit harder.”

As it was, Annaduff felt they needed to make a statement in the semi-final - “Because it was a bit of a local derby and the fact that Eslin had beaten us already in the group stages, I think there was a bit of slagging going on behind the scenes so the supporters and players wanted to put a few things right.

“They were fantastic support, you could really hear it in Pairc Sean - I know the second half was a bit of a dull affair, even playing it, it felt like a pedestrianised pace. You know in championship games, you think it is go-go-go but I can say the second half, I was thinking this was pretty dead compared to the first half.

“Even Eslin seemed to be feeling it. Obviously they got their two penalties and at that stage, the nerves were definitely going. I looked up and thought there was two points in it and I was going ‘No, here we go again’ so I was thinking of anything else except getting over the line and luckily enough we did.”