Composer Stephen Gardner to première new work at The Dock 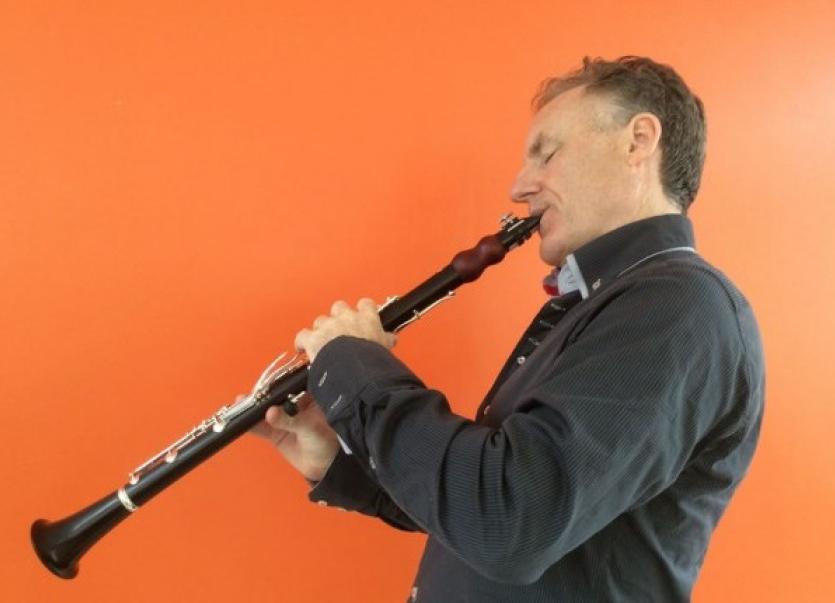 Composer Stephen Gardner to première new work at The Dock

The Dock is delighted to host a concert of contemporary and classic music that will include the première performance of ‘3 Songs’ a new work by composer Stephen Gardner alongside an equally exciting programme of works for Cello, Voice and Clarinet.

For ‘3 Songs’ the new work by Stephen Gardner he has brought together three of the finest musicians in the country and used the poetry of Annemarie Ni Churreain as a text. The result is a set comprised of two outer settings for the poems ‘Market Prayer’ and Cutting the cord’ for which Stephen has composed two basic scores  which will be developed and subtly improvised upon at the rehearsals. Both these songs will be even more lyrical and atmospheric in the live setting of The Dock. T

he middle element of the set is ‘End of Girlhood’ which is given, in Stephen’s words, “a spikey musicial treatment” and is fully notated. This particular model of composition and rehearsal has allowed Stephen and the musicians an exciting opportunity to create something fresh through a collaborative process. It should certainly result in a wonderful concert particularly as the extended programme contains works by composers including Ligeti, Dolphy, McKay, Conneson, Mulvey and Vaughan Williams.  The full programme is available on The Dock website and will be provided on the evening of the concert.

Stephen Gardner was born in Belfast and studied at the Universities of Ulster and Wales. His works have been performed and broadcast worldwide. Recent compositions have been for The Crash Ensemble, The Ulster Orchestra and Te Deum Adoramus choir in Sofia. He was elected as a member of Aosdana in 2003.

Paul Roe (clarinet and bass clarinet) is a musician of international repute and was Associate Principal Clarinet of the National Symphony Orchestra of Ireland from 1987-2000. He has been a member of Concorde Contemporary Music Ensemble since 1989 and has given solo, ensemble and orchestral performances throughout Europe, Asia and America. He currently teaches at the Dublin Institute of Technology, Conservatory of Music and Drama and at the Royal Irish Academy of Music. Paul has performed with many distinguished musicians and ensembles including Con Tempo String Quartet, Vanbrugh Quartet, Crash Ensemble, George Lewis, Harry Sparnaay, Garth Knox, Lenneke Ruiten and Finghin Collins.

Elizabeth Hilliard is a soprano from Dublin. She sings a wide range of repertoire, bringing a dramatic quality and emotional intensity to her performances. She combines pinpoint accuracy and razorsharp musicianship with her passion and relish for performing music by living composers. She formed the music / text company Béal with David Bremner in 2010: In 2016 she conducted ensembÉal in a 2-day festival, Inappropriate Moments, featuring the vocal ensemble music of Jennifer Walshe. She collaborates regularly with the composer Gráinne Mulvey with whom she shared a residency in DLR-Lexicon.  She released a critically-acclaimed album Sea to the West in 2016, featuring works by Linda Buckley, Gráinne Mulvey, David Bremner and Christopher Fox. In 2018, The Arts Council on awarded her a bursary to study improvisation with Jennifer Walshe and Karen Power, and conducting with Gregory Rose

Born in 1969, French-Indian musician Arun Rao is one of Ireland’s leading cellists, a versatile performer at ease in every genre. He founded DUO CHAGALL (formerly Rao-Williams Duo) with violinist Gillian Williams in 1990. The duo has performed extensively throughout Ireland and in the south of France and runs the popular classical music series ‘Autumn Sounds’ at the prestigious Ballroom in Farmleigh since 2010, in partnership with Fingal County Council. They released a CD of works by Ravel, Milhaud and Handel in 2009. A noted performer of the repertoire for unaccompanied cello, Rao’s performances of the complete Suites by J.S. Bach earned him considerable acclaim in the late 1990s.

The opportunity to hear music of this quality played by musicians of this calibre is a rare one and we hope that you will take full advantage by attending the concert on Wednesday 5th December. It will begin at 8pm. Tickets are€16 and are available now from The Dock Box Office on 0719650828 or on line at www.thedock.ie