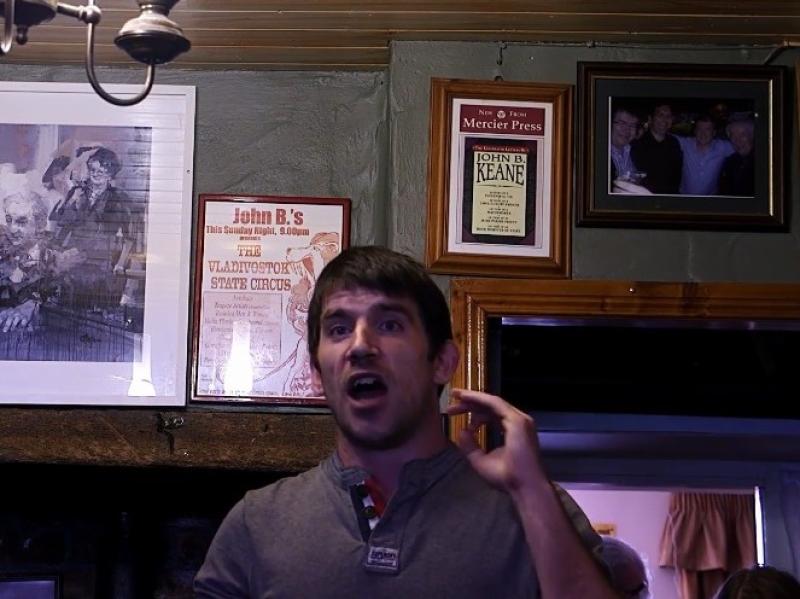 Having received widespread praise in recent years from all quarters for his unique and powerful poetry, Manorhamilton's Stephen Murphy will launch his first full-length collection of poetry, 'From the Sea Hound' in The Glens Centre, Manorhamilton on Friday, February 1 at 8pm.

Stephen's poetry has been widely viewed and praise has been thrust upon him from all directions. The video that accompanied the poem 'Was it For This' was widely shared on social media when it was first published four years ago. The poem focused on where Ireland found itself as a country, as it came to terms with the aftermath of the financial crash.

Stephen went viral again last year when a recording of his poem 'Before You Push the Chair', performed in John B Keane's pub in Listowel was posted online. The hard hitting poem, focusing on depression and suicide left the legendary pub speechless before he was treated to a rousing round of applause.

Stephen will be joined in The Glens Centre on February 1 by one of the rising talents in the Irish music scene, David Keenan for the launch which promises to be a night to remember.

WATCH: Leitrim woman's video on the state of health services in the West of Ireland goes viral