Mother Knows Best to be staged in Drumkeerin 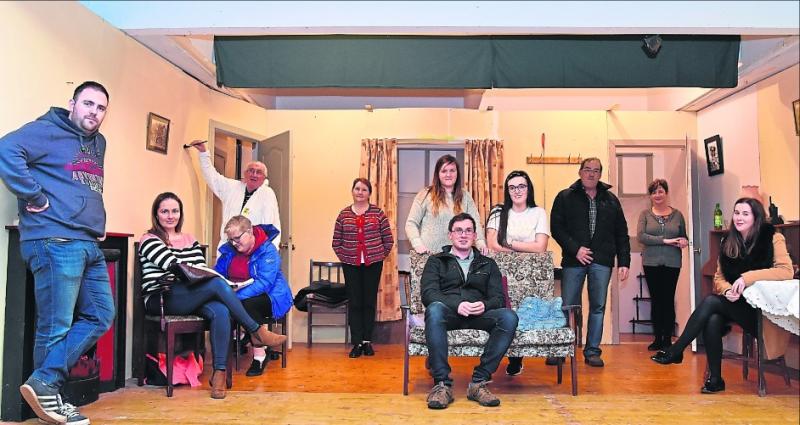 When Drumkeerin Drama Group stage the three act comedy, Mother Knows Best by Jimmy Keary in Drumkeerin community centre on Thursday, March 7 and Saturday, 9 and Sunday March 10, they will be continuing a drama tradition that stretches back to the 1930s, if not into the 1920s.

In many rural parishes where there was a local play production each Lent, the drama groups have ceased. However, Drumkeerin drama group still bring drama entertainment to the community each year.
Down through the decades the Leitrim Observer has played its part in highlighting the drama productions and their importance in parishes.

An extract from the Leitrim Observer, January 13 1940 tells us about one Drumkeerin production.
“Before a packed and appreciative audience Drumkeerin drama troupe produced in brilliant fashion, Mrs Mulligan’s Millions in Kelly’s Hall on the night of the January 6.
“The cast consisted of, Paddy Meehan, Henry McDonagh, Hugh McHugh, Joe McGarty, John McKenna, Petie Gilroy, Mick Slevin, John Francis Gallagher, Paddy Ryan and Misses Melee, Devitt, Campbell and McHugh. P Forde proved the popular MC.”
In 1940 it was the woman, Mrs Mulligan who was the focus of attention. Next weekend it will be another woman, Tess McDermott who will be the centre of attention. She is the mother who knows best. And God help her poor husband, daughter and acquaintances who pander to her whims and demands! Or do they? Therein lies the intrigue and the marvellous hilarious comedy.