Fenagh Drama Troupe are back with more laughs 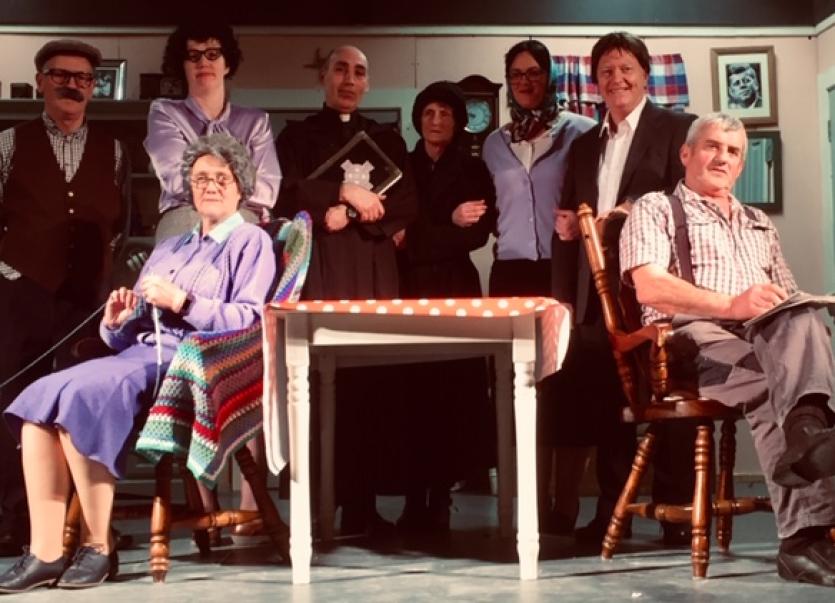 Fenagh Drama Troupe are back again this year with a two act comedy at Fenagh Community Centre next weekend April 4,5 and 6.

Last year saw the return to the stage following a 55 year absence of the newly formed Fenagh Drama Troupe.
This year they are back with another hilarious comedy entitled, Nobody’s Talking to Me by Tommy Marren.
Set in rural Ireland in the late 1960s, this play tells the story of a couple, Mattie and Maggie Conway who are soon to celebrate their 50th wedding anniversary.

In normal circumstances this would suggest a happy occasion yet nothing is normal about the Conways, as they haven’t spoken a single word to each other in 10 years.
When the parish priest decides to surprise them; all sorts of mayhem takes place!

The action is frantic and gradually we find out why communications have broken down between Mattie and Maggie.
Mattie’s eccentric sister Minnie who has lived in the house all her life is feeling the pressure and then there is Josephine, the Conway's only daughter who is courting Andy Walsh, best described as a sandwich short of a picnic.
Add in Bartley O’Dowd’s wake next door, a rather complicated crossword, the appearance of an old flame and a surprise party where none of the guests talk to each other and you are guaranteed a night of laughter from start to finish.

For light hearted entertainment at its best, head to Fenagh Community Centre on Thursday, Friday and Saturday April 4, 5 and 6 at 8.30pm.

Also see Property: Over one acre of potential residential development land on sale in Fenagh