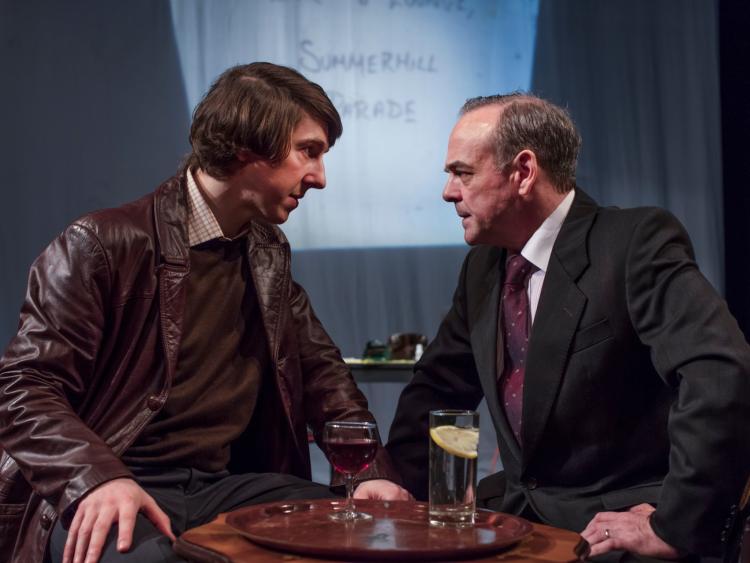 The New Play Company brings the acclaimed Haughey Gregory to Backstage Theatre, Longford on Friday, May 3.

Fishamble’s Haughey Gregory by Colin Murphy, directed by Conall Morrison, follows the deal made between Tony Gregory and Charles Haughey in 1982, when Gregory took a surprise Dáil seat - and suddenly found himself holding the balance of power.
Can Gregory use his vote to achieve something for his constituents? To do so he will have to face off against the dominant personality of Irish politics - Charles J Haughey.

Following a short, sold out tour of Haughey Gregory in 2018 to the Abbey Theatre, Mountjoy Prison, Dáil Éireann and Croke Park, Fishamble touch down in Longford with this “funny and fascinating slice of recent political history” according to Irish Independent.

The show also received glowing reports from politics.ie who praised the “incredible actors” stating that it “delights the audience. The wit is razor-sharp... brilliant.”
It also got a four star rating from The Arts Review.

The cast has been announced as Ruairí Heading, Morgan C Jones, Janet Moran, Michael Glenn Murphy and Jonathan White.
All the cast play multiple roles, some historical, some fictional, including Ruairí Heading as Gregory and Morgan C Jones as Haughey.

See Haughey Gregory at Backstage Theatre, Longford on Friday, May 3 at 8pm. Tickets available on (043) 33 4788 or www.backstage.ie