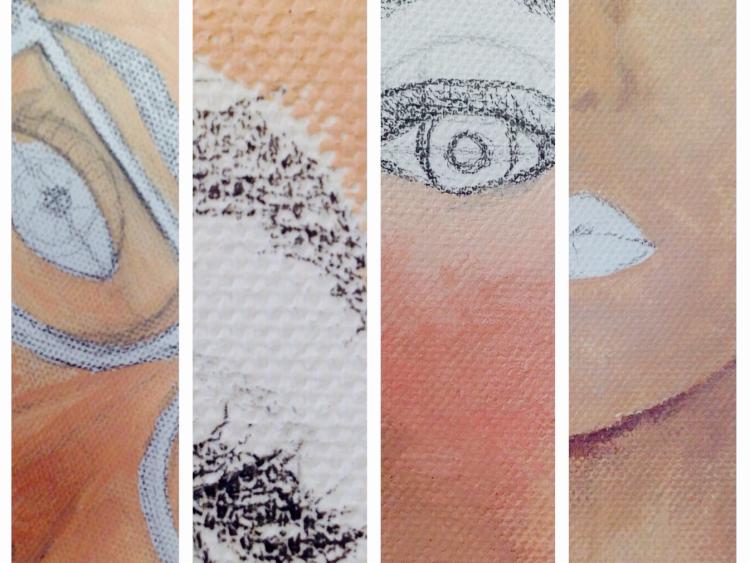 Stretch Yourself, a mixed media exhibition of self-portraits by second year, transition and fifth year art students from Carrigallen Vocational School is being held in The Dock, Carrick-on- Shannon.

Curated by students and art teacher Julie Martin in partnership with The Dock, this exhibition opened last Friday and continues until this Saturday, May 18 with students from both Cavan and Leitrim exhibiting.

For the last number of months the students have been preparing a body of work to exhibit in The Dock and as part of this work students were assigned various roles like curator and technician, working alongside The Dock visual arts production team.

Carrowkeel Sligo
The burial site that you pass at Carrowkeel as you travel to or from Sligo has long been the source of intrigue and interest to both residents of the region and visitors alike.
Over the last decade Robert Hensey, Padraig Meehan and a team of colleagues have sampled and returned results from ancient bones excavated a century ago from the five and a half thousand year old passage tomb complex in Carrowkeel, Co Sligo.
Although a series of papers and articles have been published by the team already, the interpretation of this work is ongoing. It may ultimately lead us to a new understanding of life and death at a time when agriculture was a very new idea on this island.
New questions have emerged; for example on the results from ancient DNA.
As a result of these studies we now have a clearer idea of the ancestral origins of the Carrowkeel dead.
The work brings into focus many issues such as emigration, climate change and religion; could such apparently modern concerns have been in play in the ancient world?

In this presentation at The Dock on Thursday, May 16 at 8pm; Robert and Padraig will present their results and discuss possible interpretations, and their implications for our collective past, and our future, too.
This event will be of interest to anyone who would like to find out more about the many layers of history that are locked in the landscape and monuments in the region.
This will be a very informative and thought provoking talk and there will be plenty of time to ask questions after the presentation.
Booking on (071)9650828 or on line at www.thedock.ie