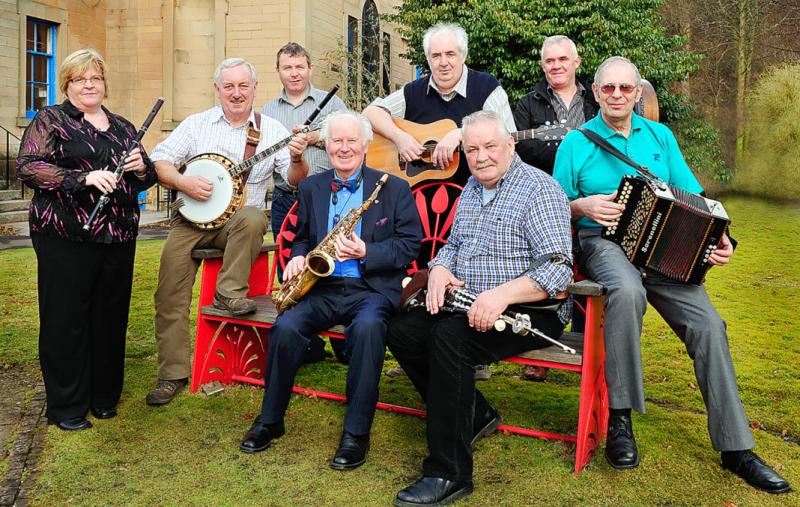 The Coleman Music Centre in Gurteen, Co Sligo are delighted to announce that renowed traditional Irish band, Shaskeen, will be returning to the venue for what promises to be a wonderful night of entertainment on Saturday next, June 8.
From the Oxford Tavern in Kentish town to the Village Theatre, Carrabane, on a forty seven year musical journey, the traditional Irish band Shaskeen is taking to the highways and byways on a nationwide concert tour.
The band will celebrate its golden jubilee in 2020. Formed in 1970, original member Tom Cussen is a vital and energetic band leader.
Tom has witnessed the evolution of the band over the years, managing the business side and staying alert to trend changes in the music industry.
Other original members were Johnny Minogue, Maureen Minogue, Sean McDonagh and Benny O’Connor.
They were replaced over the years with stalwart players and singers such as: Eddie Maloney, Paddy McMahon, PJ Hernon, Connie Murphy, Johnny Walsh, Sean Conway, Mark Gregory, Gary Hastings, Mike Fahy, Charlie Harris, Sean Keane and Kevin Rohan among others.
The current line-up is Eamonn Cotter, Pat Broderick, Patsy McDonagh, Geraldine Cotter, Tom Cussen, Pat Costello, Johnny Donnellan and Sean Conway.
In forty seven years and long before Ryanair or online booking, Shaskeen was travelling and playing to packed houses all over Ireland, the UK and mainland Europe.
They have a unique and versatile approach to the music, always conscious of their audiences, respectful of the tradition but innovative in the ‘Shaskeen way.’
Like the difference in styles between the Kerry polkas, the Sligo or Donegal fiddler and the east Clare tradition, it would be fair to say that there will, in future generations, be commentary made on ‘the Shaskeen style.’
This has stood to the band over the years and is evident in their vast repertoire. Shaskeen has made fifteen recordings, the most recent being ‘Walking uptown,’ which encompasses tunes and songs, some well known, others enlivened and enhanced by the ‘Shaskeen treatment.’
Vincent Broderick’s barn dances are sweetly rendered, Chris Droney lent a tune, Charlie Harris inspired another and the American polkas are given a rousing Irish arrangement.
Sean Tyrell sings a 19th century poem and Marcus Hernon’s bird waltzes fit perfectly with the well known reels, The bucks of Oranmore, Rakish Paddy and Come west along the road.
For ticket information please contact The Coleman Music Centre, Gurteen on (071) 9182599 or visit colemanirishmusic.com