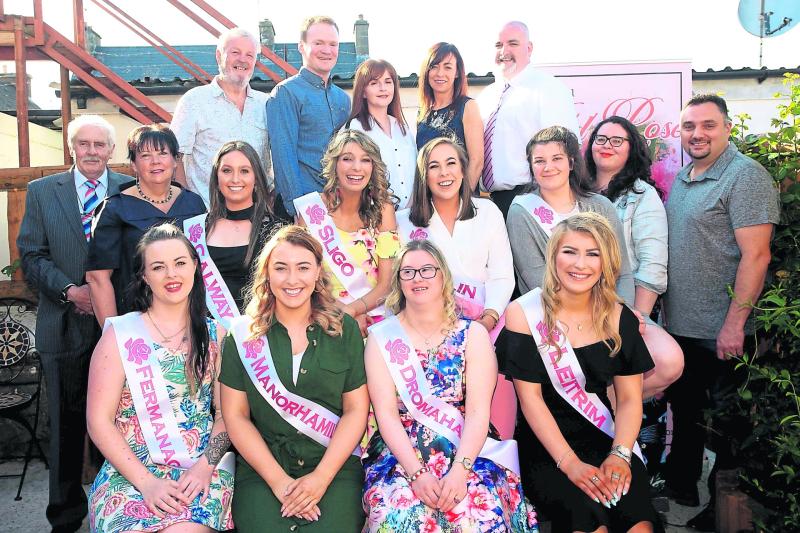 Beautiful ladies were very much in evidence when a super programme of events was revealed at the 2019 Manorhamilton International Wild Rose Festival launch by Festival chairman, Tommy Flynn on Thursday evening in Biddy’s Bar Beer Garden.

Highlight of launch ceremony was announce- ment of the ten contestants for Festival Wild Rose title; the winner of which will be announced during the Festival week, which runs in Manorhamilton from Sunday, July 21 to Sunday, July 28. 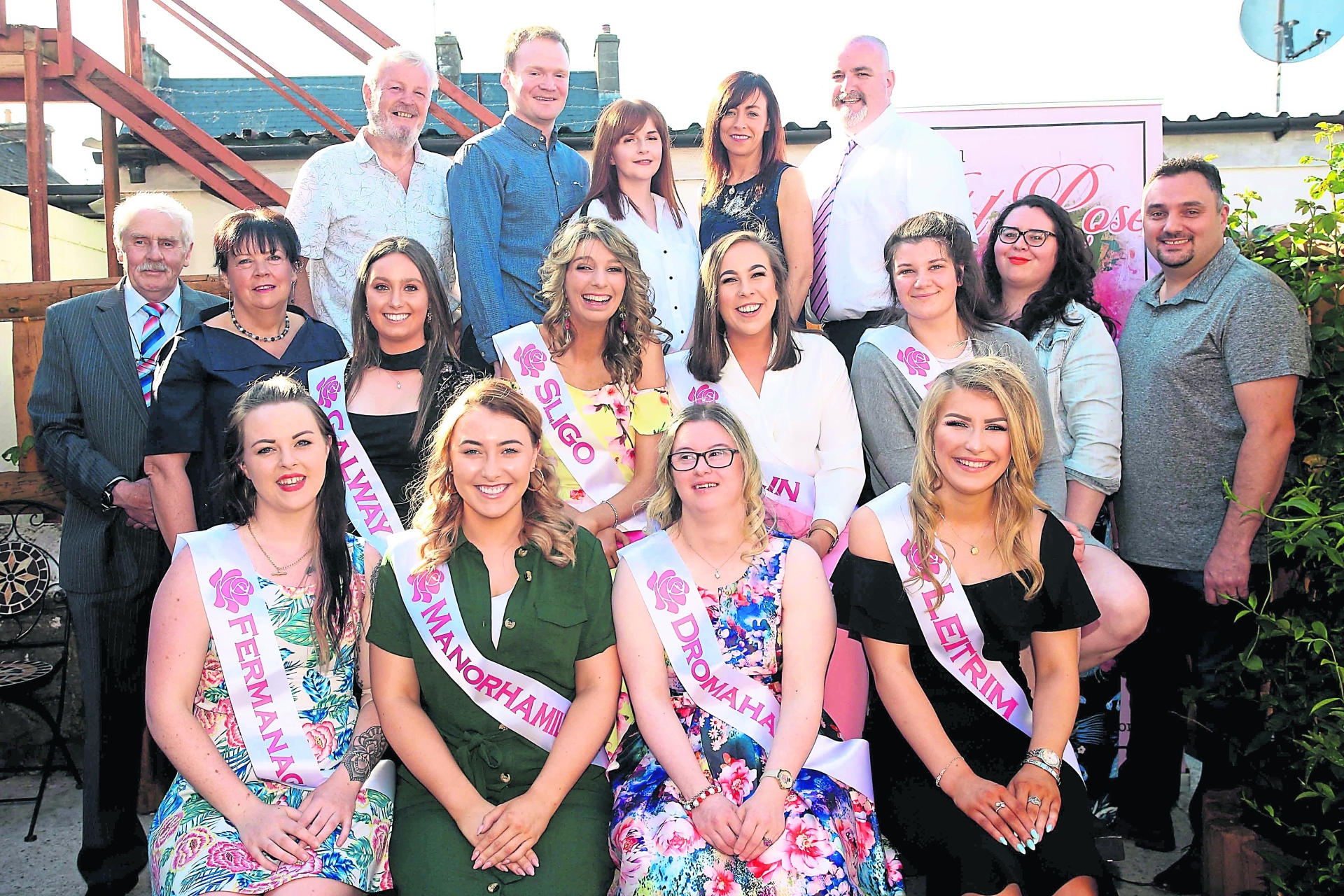 Renowned Leitrim actor and writer, Seamus O’Rourke Carrigallen will compere a top class concert on Thursday night, July 25 in the Bee Park Community Centre during which the 2019 Manorhamilton Wild Rose winner will be crowned.

Speaking during the launch ceremony on Thursday and after welcoming all the Wild Roses to it, Chairperson Tommy Flynn remarked “they would have lots of things to do during the festival, including cutting turf.”
Paying tribute to his Committee, who having been working on Festival events preparations for the past eighteen months, Tommy said “we have a great Committee; a great hard working Committee.”
Mr. Flynn went on to say “without sponsorship festivals like this cannot take place. We have got fantastic sponsorship from local people, businesses – Sligo, Carrick-on-Shannon – you name it.”