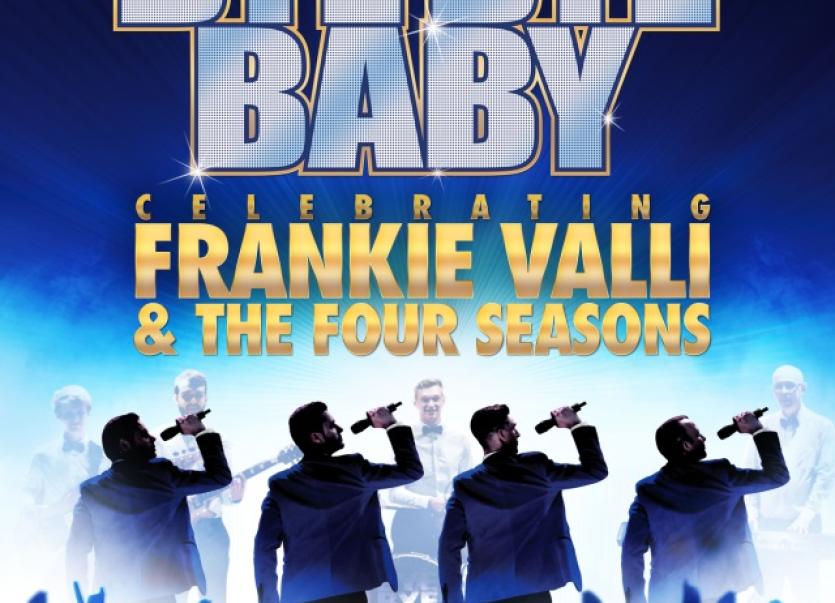 This fabulous show is coming to Roscommon.

‘Bye Bye Baby – A Celebration of the Music of Frankie Valli and The Four Seasons’ is coming to Roscommon Arts Centre this August 9. Now in its sixth year of touring the UK, the show arrives in Roscommon for the first time!

‘Bye Bye Baby - A Celebration of Frankie Valli and the Four Seasons’ features four singers starring as Valli, Tommy DeVito, Nick Massi and Bob Gaudio.  The show follows the trials and successes of Frankie Valli and the four seasons told through their music and engaging narrative. Arriving for the first time at Roscommon Arts Centre on August 9 , the BBB boys promise an uplifting night of excellent music, performed to the highest standard.

Of their first appearance at Roscommon Arts Centre, Musical Director Gary Mullins said, “We’re thrilled to be introducing our take on the story of Frankie Valli and the Four Seasons to a brand new audience.  It’s a thrill to see theatre audiences up on their feet at the end of the show – bring your dancing shoes!”

Classics such as December ’63 (Oh What A Night), Beggin’, Sherry, Walk Like A Man, Opus 17, Why Do Fools Fall in Love, and Grease are just some of the hits that are performed by this sensational band. New additions for 2017 include Northern Soul classic, ‘The Night’, and the Four Seasons version of the Beatles classic, ‘We Can Work It Out’.

Audiences have loved their combination of precise harmony singing and slick original choreography, making this the perfect night out for fans of Frankie Valli and his music.

Tickets for this show can be purchased from Roscommon Arts Centre’s box office on 09066 25824 or via the website: www.roscommonartscentre.ie