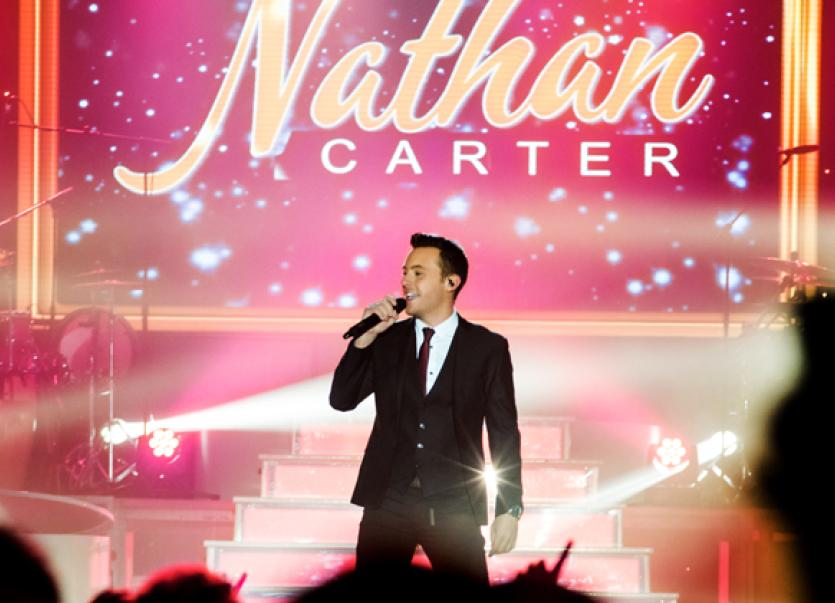 Nathan Carter is one of the biggest names in country music in Ireland, his concerts attract people of all ages and is always high tempo.

After headlining the Cowboys and Heroes festival in June, the Carter show is back in Leitrim for a stand-up concert in The Landmark Hotel this Saturday, July 20.

The Leitrim Observer caught up with the young musician to tell us about this show.
“We've just started our annual Irish summer tour of festivals during July and August in all the major towns and I'm really looking forward to returning to our stand-up gig in The Landmark Central, Carrick-on-Shannon.

“It's actually our only stand up gig of the summer tour … you can dance, sing along and have a few beers ... it is going to be a great night!”

Speaking about his Leitrim fans, Carter said they “are just superb” referring to his recent headline gig in Drumcoura.
Nathan said he loves people singing at his shows, “there is nothing better than having the audience join in the songs with me, it makes for a really special night when that happens, and it does.”

2019 has been a really busy year to date for Nathan Carter as he is just back from the UK and USA tours, and he is now looking forward to playing the summer months in Ireland.
“In September we return to the UK and also play the annual Killarney Music Weekend September 27-29, in October we return to our annual Carter on the Costa week in the sun.

“In November we return to Branson USA for a fortnight, and then on to Germany, and in December we return to Ireland for some Christmas shows, so it's a really busy end to 2019!”
Carrick-on-Shannon is one of Carter's favourite spots in Leitrim, “I am a boating enthusiast, and when I get a chance, I love nothing better than being out on a boat or a cruiser, so I love coming to Carrick.”

Carter is hopeful that we will see a country music song hitting number one very soon.
“I'm delighted with the response to my new country summer single Gone Girls and the recently released video is very popular on social media at the moment.”
Nathan said he has no plans to tour with his brother Jake at the moment but said he is delighted he is “carving a very successful career of his own.”