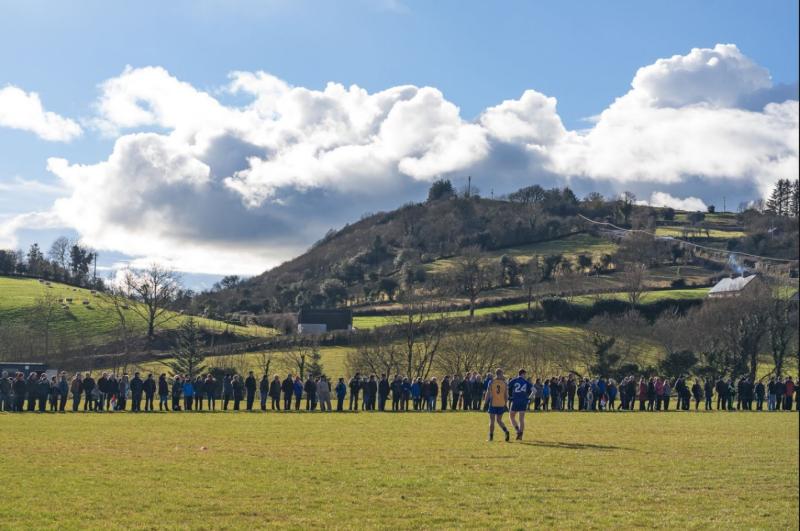 As part of the Glencar Manorhamilton GAA 50th anniversary celebrations a beautiful GAA photo exhibition takes place in The Glens from August 2- 9.

Gaelic Fields by Paul Carroll is a seven-year photography journey throughout the 32 counties on the island of Ireland, capturing the action of Ireland's national games in their unique surroundings.

The work imprints the rituals, aspects and action of a Gaelic club game on to each locality.
Over the course of his 50,000km journey, Carroll documents the importance of grassroots Gaelic games within its communities and its relationship within the environment.

Gaelic football, hurling, camogie and ladies football feature at all adult levels in rural and urban landscapes.
Each county on the island is included as well as every element of Irish weather.

Gaelic Fields showcases Ireland's landscape in a way which is unique and familiar. It is also a portrait of communities and the social nature of Ireland's most played sports. Paul Carroll is a Cork City based photographer.
He also works in a support accommodation for 18-25 year olds who are homeless or at risk of being homeless. He is the organiser of Cork City's homeless street league soccer tournament. Both jobs financed his journey throughout the 32 counties documenting Ireland's national games, the grassroots communities involved and the locations games are played.

Also read: The Furey's play The Ballroom of Romance, Glenfarne