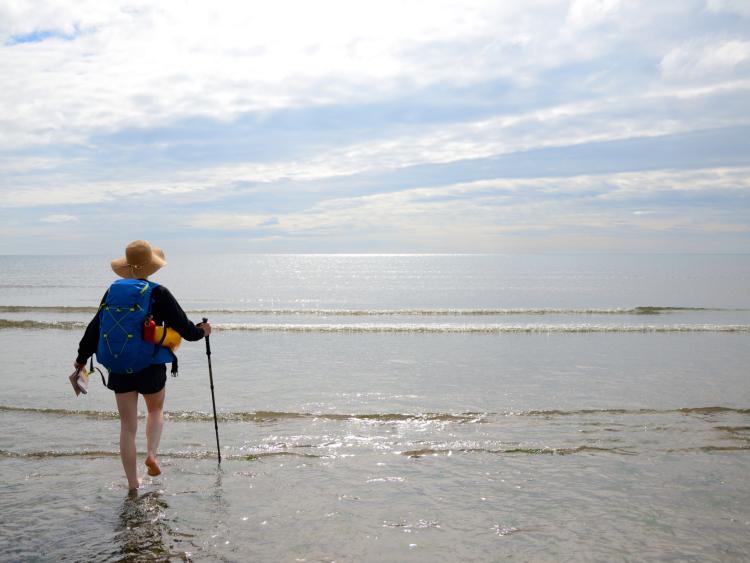 A preview show of Leitrim's Compostela: will be performed in Sligo's Hawk Theatre on September 6 before the play hits for Dublin's Fringe Festival September 10-14.

Manorhamilton actor Miriam Needham has written a new play Compostela in which she is the sole performer.

Compostela is a tragic comedy set in post appeal time which will perform at Dublin's Fringe Festival.
Miriam is an actor and writer originally from Manorhamilton and now based between Sligo and Dublin.

Miriam told the Leitrim Observer “I did my first ever play in the Glens Centre, Manorhamilton, when I was 16 - Winners by Brian Friel, which Prin Duignean directed. It sparked a love of theatre in me and I've kept on that path ever since!”
Miriam has been working with Blue Raincoat for the last few years as well as making her own work.
Compostela was created and developed in the North-West.
“I wrote it as part of a Short Theatre Artist Residency at the Hawk's Well Theatre last year, and they are continuing to support the project,” she explains.

The creative team of Compostela are all Leitrim/Sligo based: award-winning theatre artist Donal O'Kelly is directing. There are also two graduates of Sligo IT's BA in Performing Arts (Theatre Design) working on the show - Dee Armstrong as designer and Rachel Stout as creative stage manager.

They are taking the play to the Dublin Fringe Festival this September 10 -14.
Compostela is a solo tragicomedy about a repeal activist walking the Camino de Santiago just a few weeks after the referendum in 2018.
It explores the themes of burnout, resilience, and loneliness.
Tackling issues like reproductive rights, mental health and loneliness, Compostela creates a darkly funny story about what happens when you have to ask for your rights, and do so politely.

A play that will appeal to feminists, activists and nihilists alike. A story about resilience, strength, and the search for enlightenment.
In a post-Repeal world, Dawn tries to reconnect with herself. And what better way to do it than by walking the Camino de Santiago?
She is going to Finisterre, the end of the Earth.

No one said it was easy but she is determined to do it! Sure, she changed the world don’t you know?
“I've drawn from personal experience to create an honest, provoking and timely piece of theatre.

A preview show of Leitrim's Compostela: will be performed in Sligo's Hawk Theatre on September 6 before the play hits for Dublin's Fringe Festival September 10-14.