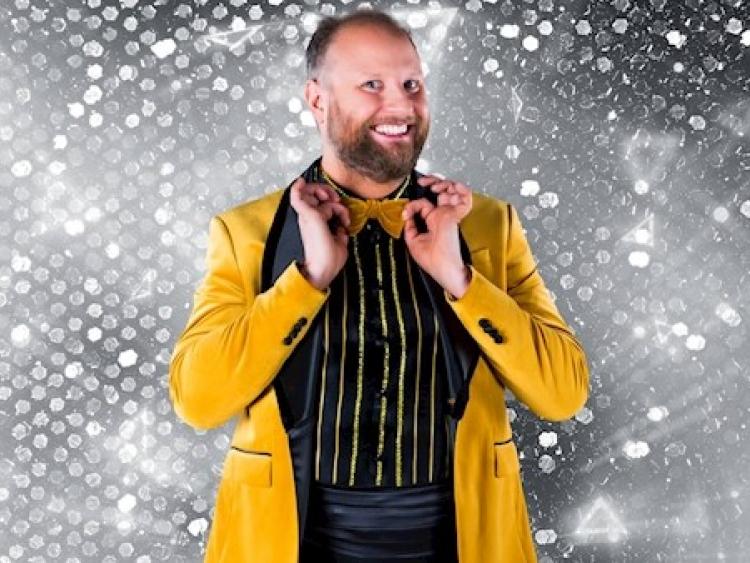 Fred Cooke is bringing his unique style of comedy back to Carrick-on-Shannon.

It has been a phenomenal year for Fred highlighted by his run on Dancing with the Stars all the way to the semi-final.
Now as part of his nationwide tour, Fred brings his comical show of musical madness to Percy Whelan’s Bar on Friday, September 20.

Fred is no stranger to Carrick. He spent many summers of his youth with his family in the town and he has a lot of friends there.
One such friend was Bernard Murray who passed away in September 2017.
Fred is doing this show in memory of Bernard and proceeds from the night are being donated to the Ardagh and Clonmacnois Lourdes Pilgrimage Fund, a charity that was very close to Bernard’s heart and one which saw him travel to Lourdes on numerous occasions as a volunteer.

Bernard, always being very supportive of Fred, proudly made his TV debut on Republic of Telly’s Ireland the Musical, alongside Fred.
The comedy night is a fitting tribute to Bernard’s memory that will reflect his witty personality which is missed by all.
Tickets at €15 are available on www.eventbrite.ie and the show kicks off at 8.30pm in Percy Whelan’s on Main street in Carrick-on -Shannon.