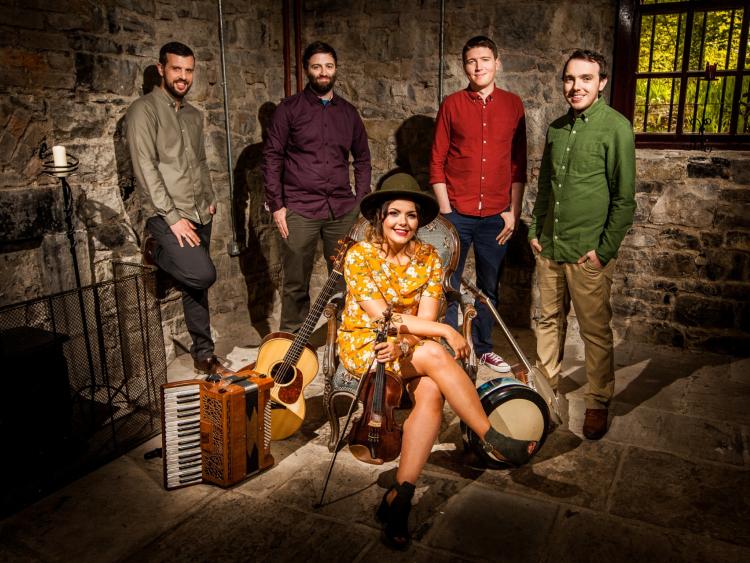 Goitse are back in The Dock on Wednesday, October 4 at 8pm with their new album Ur.

This highly acclaimed band have just launched their eagerly anticipated fifth studio album, Úr. In the Irish language, Úr evokes both the ancient and the modern. In modern Irish it means fresh or new.

In the distant past it was one the letters of the Ogham alphabet, stemming from the Old Irish word for heather.
Since being named Live Ireland’s Traditional Group of the Year, Chicago Irish American News’ Group of the Year, as well as winning the prestigious Freiburger International Leiter award in Germany, Goitse maintains a year round touring schedule that includes performances throughout Ireland and the UK, Germany, France, Italy and the United States.

Bodhrán player Colm Phelan tells us “this album is the first album with new member Alan Reid on banjo and bouzouki. The word úr encapsulates this new venture, as well as summing up where we are musically with this album.
“The instrumental tracks are a mixture of our own compositions and traditional melodies, some of which have never been recorded before.”

Similar to these instrumental tracks, Úr includes songs dating from the 18th century right up to the current day.
A highlight of the album is Henry Joy, where Áine’s sweet vocals are complemented by the powerful singing of Barry Kerr from County Armagh.
Another guest on the album is bass extraordinaire Martin Brunsden of Hothouse Flowers fame, whose playing adds depth to Goitse’s already stellar rhythm section.
Úr delivers across the board from heart wrenching songs to melodies that make you want to lace up your dancing shoes.
Tickets are priced at €16 and €14 and can be booked though The Dock box office on 071 96 50 828 or by visiting www.thedock.ie.