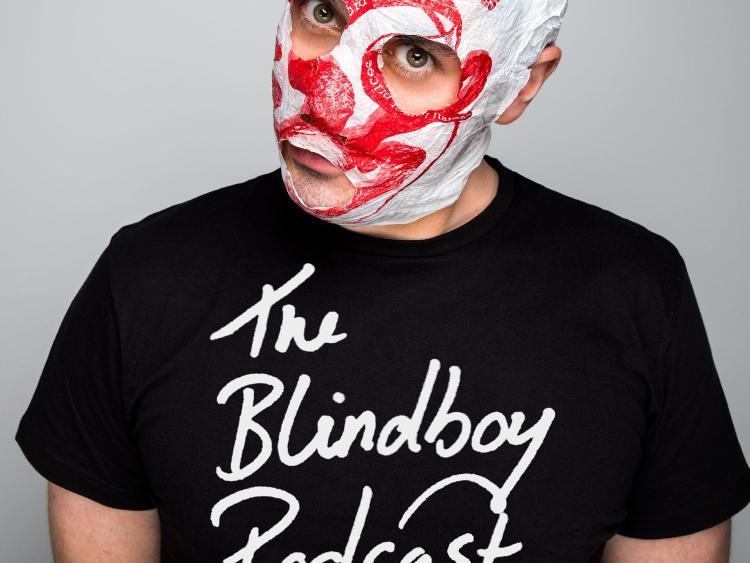 Sligo Live in association with AMA Music Agency is delighted to announce The Blindboy Podcast Live at Knocknarea Arena Sligo IT on Tuesday, October 22 at 8pm.

Tickets on sale priced at €25.00 + s.c. from Sligolive.ie and from the Hawks Well Theatre (071 916 1518).
Blindboy's increased notability away from his band Rubberbandits, has allowed him to explore wider avenues and create perhaps outrageously mind-altering brainchildren which can only be described as courageous, yet bonkers.
With a number one selling book under his belt and a podcast that has reached interest not only in Ireland but internationally, the satirist could possibly single-handedly change people's mind-set on mental health and the deafening stigma which surrounds it.

Outspoken, informed and empathetic, Blindboy engages his audience with an unusual touch of realism.
There is a very authentic feeling of freedom he exhudes which allows his listeners and participants to openly speak their mind without judgement and no topic off limits - certainly an air of belonging encircling the space you find yourself in when listening or in company of Blindboy.

His latest innovative creation, The Blindboy podcast not only indoctrinates mental health issues but reaches further into a wide spectrum of current topics, may it be gun laws, feminism, racism or a bit of history. Blindboy has it covered.
Sligo Live programmer Willie Kelly said: “With Sligo Live Festival happening over 11 days this year, we really wanted to incorporate some shows with a difference. We’re delighted Blindboy is bringing his live podcast to Sligo, he covers a lot of the most pressing issues in our modern Irish society in a really engaging way. The show has proved a phenomenal success both on the airwaves and live”.