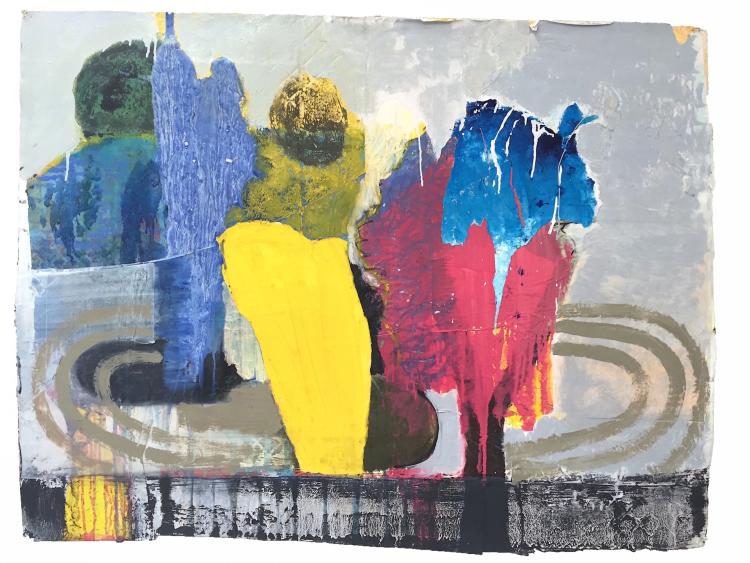 As invitee to Solas Gallery, Eamon Colman brings a lifetime of dedication to the Arts in Ireland to Ballinamore.
Eamon Colman was born in Dublin 1957. He is an elected member of Aosdána since 2007 in recognition of his major contribution to Irish culture.

His professional career spans from 1979, having created over thirty-six solo exhibitions nationally and Internationally.
Most notably, he was invited to host a retrospective of his work at The Strule Arts Centre, Omagh 2013.
A major mid term exhibition of his work Post Cards Home was held at The R.H.A. Dublin in 1996 accompanied by a Monograph by Brian McAvera, Dreams From The Lions Head, The Work of Eamon Colman by Four Fields Press.
He exhibited on a bi-annual basis in the Rubicon Gallery, Dublin from 1990 to 2003 and from 2004 until 2018 at Hillsboro Fine Art, Dublin.

Needless to say Solas Art Gallery are honoured to have Eamon treat us to a selection of his work in Ballinamore and look forward to seeing everyone on the night.
The exhibition entitled The Width of Yourself will be officially opened by singer, songwriter and broadcaster Charlie McGettigan who lives in Drumshanbo.

Also read: Do you dare  enter Drumcoura's Fear in the Forest?