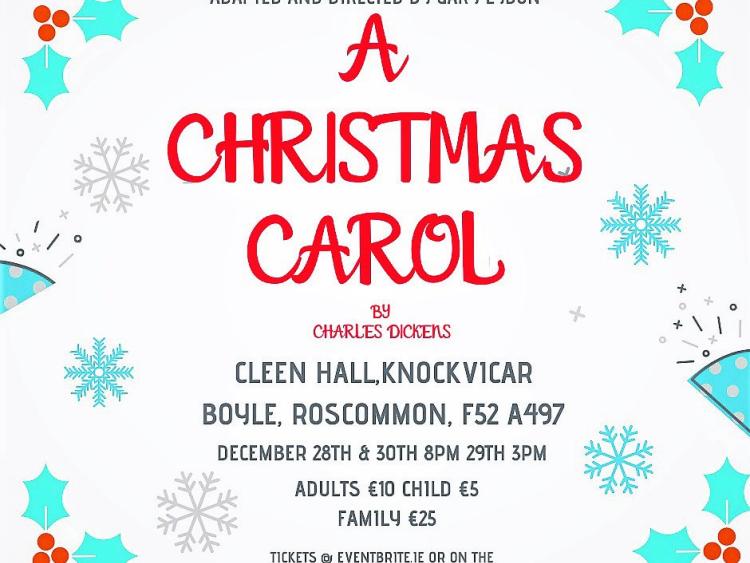 Many of you will know actor Gary Lydon from his portrayal of Patrick Murray in the RTE series The Clinic.

An actor of many years standing he has appeared on stage and TV in Ireland and abroad and this Christmas he will appear on stage in Knockvicar in his adaptation of the classic story of A Christmas Carol.

Having recently set up his own Theatre and Film Production Company in the local area, he has adapted the story of Scrooge to present an interactive experience for young and old and will be joined on stage by a number of local young actors and musicians.
With a live score and a lively cast of characters this promises to be a wonderful telling of the classic story of Christmas and an ideal night out for all the family to enjoy together.

Among the cast are James and Sean Luke Doherty O'Brien, Lauren Beirne and Eoin Connelly.
There are three performances planned on Saturday, December 28, Monday, 30 at 8pm and a special matinee show on Sunday, 29 at 3pm.

Tickets are just €10 for adults,€5 Children(U16) and €25 for a family of four. They can be purchased in advance on https://www.eventbrite.ie/e/ a-christmas-carol-tickets -84331021355
Do come along if you can. It will be a wonderful way for the community to celebrate Christmas together this December.

Also read: The stunning to play Leitrim for the first time