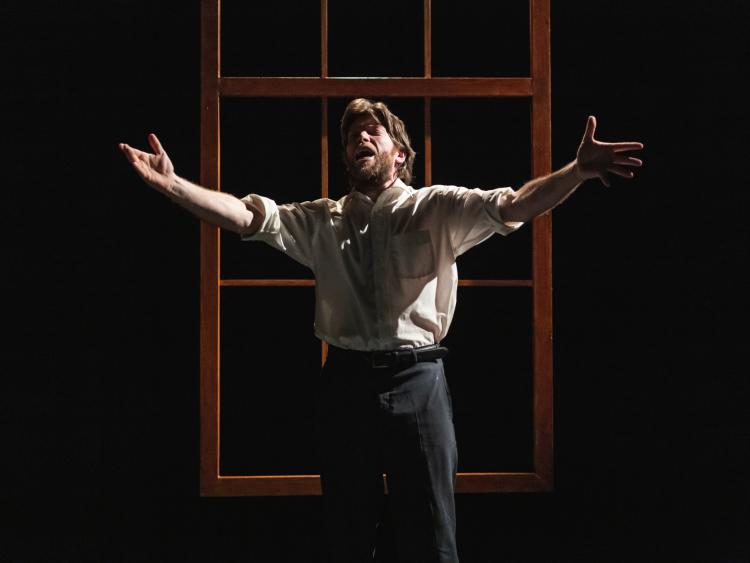 Blue Raincoat Theatre Company will perform a new play Tintown by Bob Kelly in The Dock on Saturday, February 8.
Tintown premiered at The Factory Space in April 2019.

Written and performed by actor Bob Kelly, directed by Niall Henry with design by Joe Hunt, Tintown is the story of a Dubliner who joined the IRA as a young man in the 30’s, was interned during WW2 and bore witness to the IRA’s decline and eventual collapse within the Curragh Camp.

“Bob wrote Tintown while working with the Hawks Well as Artist in Residence a few years ago and we are very happy at Blue Raincoat to have given it its premier here in Sligo at the Factory,” says Niall Henry, Artistic Director.
“It is a compelling story which encompasses our violent past, the development of socialism and fascism within Ireland, and the political contradictions and absurdities of the time.

“The piece has been meticulously researched through access to rare internee interviews.”
The story is a stark reminder of uncomfortable aspects of our history; the long echoes of the civil war, our complex relationship with terrorism, the insidious hold the church had over Irish civic policy – and it’s ongoing struggle to maintain it.”

Tickets for this show are available from The Dock - it could be just what you need after voting on election night!