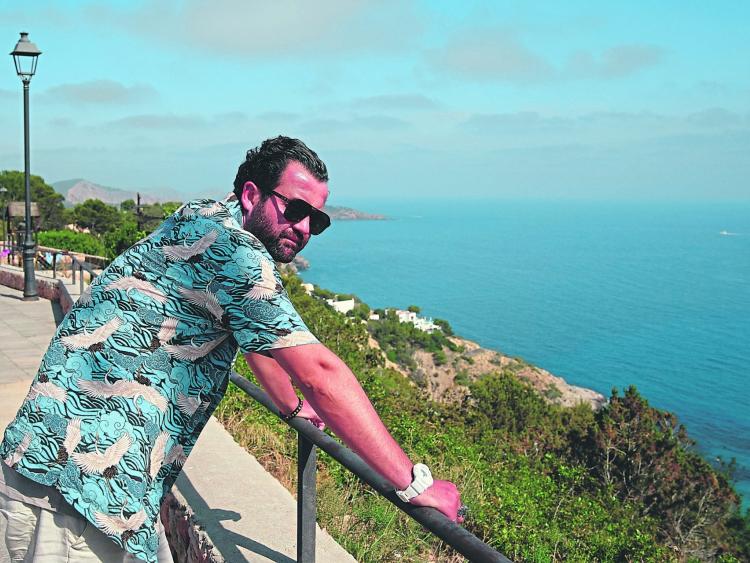 Netflix drama White Lines – set on the White Isle – follows a woman investigating her brother’s mysterious disappearance. Georgia Humphreys chats to some of the stellar cast about their flawed characters, raunchy scenes and why the show is the perfect form of escapism.
Feel like you’re running out of things to binge-watch on Netflix? Don’t panic. White Lines is a new mystery thriller series, which is not only dark and funny, but also transports viewers to sunny, hedonistic Ibiza.
The 10-parter – written by Spaniard Alex Pina – sees university librarian Zoe (Laura Haddock) decide to leave her quiet life in Manchester to find out what happened to her brother, Axel, who was working as a DJ on the Balearic island when he went missing.
Twenty years later, his body has been found on a beach. But the police aren’t touching the case anymore – and Zoe wants answers.
As she immerses herself in the world of parties and dance music, she starts to unearth lies and cover-ups, meeting plenty of suspicious people along the way.
Here, members of the all-star cast tell us everything we need to know about the show.

MULTI-LAYERED CHARACTERS
Zoe was the first role Londoner Haddock, 34, wanted to play after maternity leave.
“I just realised she had so much to learn about herself and she really didn’t know who she was,” explains the mother-of-two, who has starred in films such as Transformers: The Last Knight and The Inbetweeners Movie, plus BBC series The Capture.
“She’s 35 years old and her life had been on pause for 20 years – that was really interesting to me.”
Line Of Duty and Fisherman’s Friends star Danny Mays plays devoted father Marcus, who works as a part-time DJ, part-time dealer, and was Axel’s best friend.
“He is probably the most tragic comedic character I’ve played to date; I adored playing him because he works in extremes,” enthuses the Essex-born actor, 42.
“When we initially see him out in Ibiza 20 years later, he’s on a downward curve in life, and gets himself into all sorts of difficult and hapless scrapes. But as the series unfolds, we reveal more and more of the pain in his heart, and all of the regret that he’s carrying around with him.”

FLASHBACK SCENES
The show takes us back to when Axel was young, and that’s where Britannia star Tom Rhys Harries comes in.
“I realised maybe midway through shooting, that my character Axel – who is this larger-than-life figure who just goes after whatever he wants and gets whatever he wants – is an anagram of Alex,” notes the 27-year-old Welshman.
“And I spoke to Alex about this – via his translator because he doesn’t speak English and I don’t speak Spanish – and he was like, ‘Yeah, that’s not a coincidence…’”
Playing the young Marcus is Cold Feet star Cel Spellman, 24, who says he and Mays had discussions to make sure they were on the same page with the essence of the character.
“But as far as playing him, we both agreed that we wanted to have the freedom to do our own thing with it,” continues Spellman.
“Where there is that 20-year gap, Marcus is very much the same I think; Marcus is kind of stuck in time really. But, enough time has passed to find them in very different points in their life as well.”

A DIFFERENT WORLD
Angela Griffin – known for Coronation Street, Waterloo Road and Cutting It – takes on the role of Marcus’s ex-wife, the charming, sensual and ambitious Anna, who was also friends with Axel.
She now lives in London with her wealthy fiance, George, for most of the year, but goes out to Ibiza for the season.
Her business is “giving sex parties to people who have got a lot of money”, says Griffin, who adds that the show “does get quite raunchy – in a very beautiful way”.
“If it had been Anna who takes all her kit off and so on, it might have been a little bit different, but she is the orchestrator, the puppet-master – she organises, she’s the pleasure-giver as opposed to the partaker, so that didn’t worry me when I read it.”
Griffin elaborates that she was drawn to the role because of how far away it is from her in real life.
“Anna is about the same age as me, she’s got two children the same age as mine, but in terms of her personality, she’s so different from me and that was such a massive appeal.
“It did make me feel slightly uncomfortable, but that is what made me want to do it, because it becomes a challenge then.”

PARTY LIFESTYLE
When Griffin was filming in Manchester in the Nineties, she went to the Hacienda – the famous music venue in the city – so the nightclub scene depicted in White Lines really resonated with her.
“I understood it, I related to it, but that is probably about the only thing that I related to, in terms of how crazy they get. I was watching it going, ‘Well, I never did that, and I never did that, and thanks goodness I never did that!’”
Spellman points out how, as a Mancunian, that period of the Nineties is a “massive part of our cultural identity”.
“We definitely live in a time that is a lot more tame, so to be given a pass to go and throw yourself in and let loose and run wild, it’s a dream – I was chomping at the bit to lose my way a little bit and go a bit mental.”
It’s certainly exciting, at a time when Covid-19 has put a pause on travel, to escape to Ibiza through our TV screens.
“It’s sun, sea, sand, sex, drugs, alcohol… It’s that hedonistic extravaganza really, so it is going to give a lot of people something in these very difficult times, and it’s a proper binge-watch, there is no doubt about that,” suggests Mays. “This is your Ibiza fix right here.”
“It’s hugely entertaining, it’s really emotional, it’s high-octane drama and I think that is what we all need,” echoes Haddock.
“We’re all craving a little bit of that at the moment, so I’m super-excited about people watching it.”

– White Lines launcheD on Netflix on Friday, May 15.