Eslin GAA club held two events last Sunday last, September 19 at their club grounds. The first was the unveiling of a plaque to their late president Timmie Shanley who passed away earlier this year. The second part of proceedings was the launch of the Sli na Slainte walking route through Eslin. 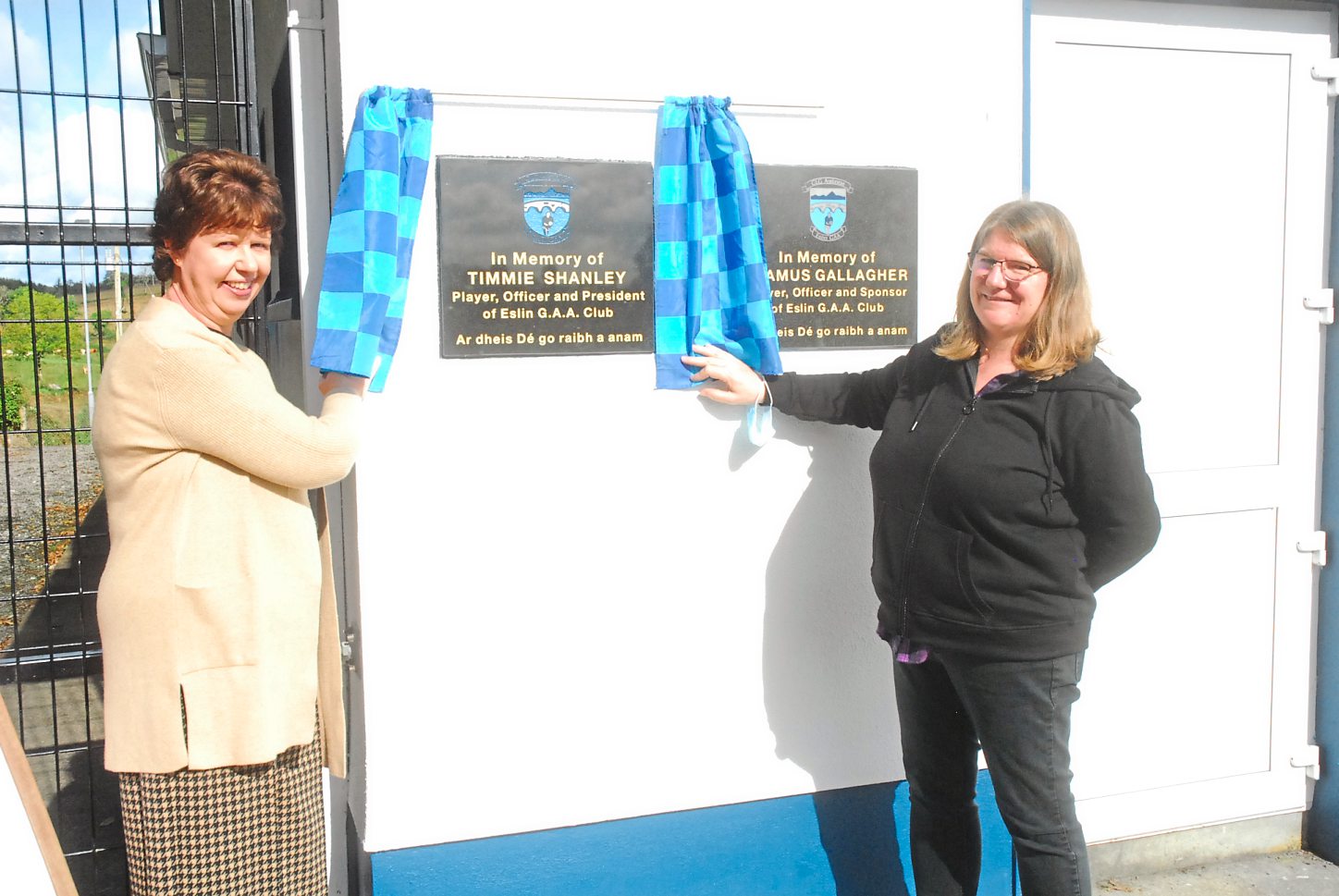 Club secretary Sean Reynolds opened proceedings and welcomed the large crowd to Eslin. Brian Stenson who with his brother Enda had written a lovely piece on the life of Timmie for the Leitrim Observer, presented a framed copy of it to Eslin club chairperson Lisa Mulligan. The Shanley family then unveiled the plaque on the wall of the clubhouse. Leitrim County Council chairperson Paddy O'Rourke who knew Timmie well spoke eloquently to the assembled crowd. Leitrim GAA county board chairman Enda Stenson who was a neighbour and friend of Timmie gave a lovely talk on the value of club and community and sense of belonging.

The second part of proceedings was the launch of the Sli na Slainte walking route through Eslin. County Council chairperson Paddy O'Rourke who cut the ribbon spoke on the benefits of this new route to people and their health and well-being. He spoke of the great initiative these routes are throughout the country. He congratulated the Eslin club in particular chairperson Lisa Mulligan, treasurer Claire McNabola and secretary Sean Reynolds for their trojan work over the past while getting this off the ground for the community. The funding came through the community enhancement scheme through Leitrim county council and the sports partnership.

Sean Reynolds spoke of the work in Eslin over the past 18 months. Covid 19 put paid to a lot of plans but they did manage some success. In September 2020 a walking and cycling event was held with kids to the fore, at Halloween a drop off of treats at kids Houses in the area. At Christmas many online events were held and a Christmas tractor run through the area was a highlight. Early this year a month of events were held called feel good February with people posting their own activities, cycling, running, walking, baking, photography and many more. Funding from age action ireland means equipment can be bought for the community and no smoking signage is now on the club grounds.

The Irish Heart Foundation and their sli na slainte project is a magnificent initiative for communities throughout Ireland, there are 230 in Ireland and the new Eslin one is the first rural one in county Leitrim. It can be viewed on the Irish Heart Foundation website. The club wish to thank Tara Curran of the Irish heart Foundation for her help in their endeavours. The funding mentioned earlier through Leitrim county council awarded Eslin GAA meant signage along the 8.5km route is top class and professionally installed by Conor Mulligan assisted by Niall and Kevin Mulligan. Liam McCrann who erected the plaque also fitted excellent storage at club grounds for training equipment.

The club also used Sunday to kick start the Keep Walking, Keep Well campaign, a Sport Ireland project through clubs to get out walking in their area. Up to 1000 euro is available in the scheme to each club over the next 6 weeks.Over 70 people of all ages took part in Eslins walk/cycle/run to get their proceedings underway. Eslin Chairperson Lisa Mulligan finished proceedings by inviting all attending for refreshments at the grounds and by thanking all who helped out including those for serving refreshments, stewards for ensuring all ran safely, Cait Reynolds for her help throughout, Bells restaurant for the food and everyone who helped out before and during the event.