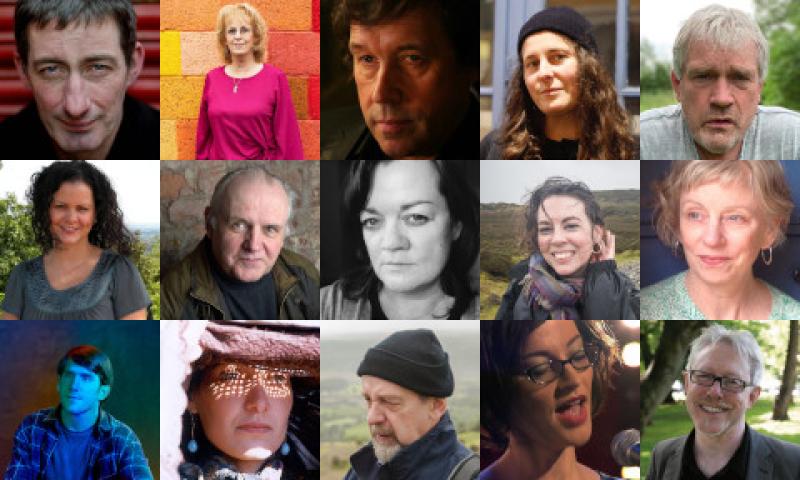 Celebrated American author Jeanine Cummins and popular Irish poet Rita Ann Higgins are among the featured writers in this year’s Iron Mountain Literature Festival, which will be streamed online from October 7th to 10th.

Cummins is best-known for her bestselling novel American Dirt which traces the journey of a Mexican woman and her young son from Acapulco across the Mexican-US border as they flee from a drug cartel, their journey mirroring the experience of thousands of migrants who try to cross into the US from Mexico each year. She will read from her work and discuss the social and political background to the themes of ‘American Dirt’, a novel which Oprah Winfrey described as ‘magnificent’ and the Observer classed as ‘urgent’ and ‘politically relevant’.

Rita Ann Higgins will read from her work, including her most recent book Pathogens Love a Patsy which dissects the last 18 months of life in Ireland during the Covid-19 crisis with her trademark wit and insight, and considers the life and story of Hanna Greally, author of Birds' Nest Soup, a searing account of her wrongful and long incarceration in an Irish psychiatric hospital.

Actor Stephen Rea will read from the work of John McGahern and share his memories of the great Leitrim writer, while novelist Eoin McNamee will read from a work-in-progress in advance giving the annual John McGahern Memorial Lecture to a public audience in Carrick-on-Shannon later in the year. The festival will also announce the winner of this year’s John McGahern Award for Literature, which is sponsored by Leitrim County Council.

Kerri Ní Dochartaigh will read from her work and discuss her experience of growing up in Northern Ireland and making a home and new life in Mayo. Her publication Thin Places combines memoir, nature writing and history to make quite a unique book of place and personal testimony, survival and hope, praised by the English nature writer Robert McFarlane as ‘a remarkable piece of writing’.

Afghan-Canadian writer and film-maker Nelofer Pazira will pay tribute to her late husband, the journalist and writer Robert Fisk, who had accepted an invitation to be a guest at The Iron Mountain Literature Festival and who died in October ’20. The documentary film This is not a Movie, which traces Fisk’s work in Syria, Lebanon and Palestine, has yet to be screened in Ireland. Pazira, who was one of the producers of that documentary,  will talk about her experience of growing up in Afghanistan and moving with her family as refugees to Pakistan and Canada, consider the current situation in her home country, discuss her role in the feature film Khandahar and her work on several other documentary films about her home country,  and read from her memoir A Bed of Red Flower: In Search of My Afghanistan.

This year’s festival will also feature seven new pieces of writing (prose, poetry and song) specially commissioned for the Iron Mountain Festival and Leitrim Live, curated by festival director Vincent Woods and filmed on location by Edwina Guckian. The featured writers are: Ailie Blunnie, Michael Harding, Róisín Kelly, Alice Lyons, Patrick McCabe, Stephen Murphy and Seamus O’Rourke. The videos of the seven new works will be streamed the final day of the festival.

For further information and to access festival events, go to www.ironmountainfestival.ie