The curtain rises on 40th Ballinamore Drama Festival this week 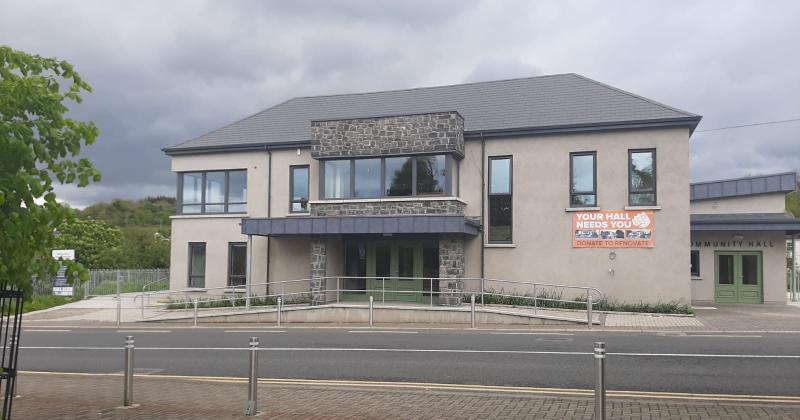 The 40th annual Ballinamore Drama Festival commences in the Island Theatre, Ballinamore, on Tuesday night, April 5.
The Festival runs for six consecutive nights, starting at 8pm and closes on Sunday April 10th. Season Tickets, costing €50 for the 6 nights, are on sale in Murphy’s shop, St. Brigid Street, or at the ticket office. Admission nightly is €10, on sale at the ticket office.
The Festival is honoured to welcome our Adjudicator Martin Maguire from Dublin via Cloughjordan, Co. Tipperary.
Martin is a member of the Guild of Irish Drama Adjudicators, is a writer, theatre director and actor. As a writer he has written more than a dozen plays, some of which have been staged in London, New York and Chicago.
He is a reader for the Abbey Theatre and now runs actor and writer workshops for The Source Theatre. He is a regular festival adjudicator and adjudicated the All Ireland One Act Finals in Ballyshannon 2014.
This is our 40th Ballinamore Drama Festival and this year we have invited Sean O’Sullivan, Mary Corby, Tommy Moran and Seddie McGovern members of the First Festival Committee to jointly open this year’s festival.
We look forward to them sharing their stories and recollections of the first years of this popular Festival.
There are three groups, from Glenamaddy, Tubbercurry, and Claremorris, competing in the Confined Section and two groups from Wexford, and one from Carrigallen in the Open Section.
Tuesday 5th April: Glenamaddy Players, open the Festival with Martin McDonagh’s ‘The Cripple of Inishmaan’. Set on a remote island off the West of Ireland in 1934, The Cripple of Inishmaan is a strange comic tale in the great tradition of Irish storytelling
Wednesday 6th: Phoenix Players, Tubbercurry perform ‘The Communication Cord’ by Brian Friel. A Scheming Lecturer, attempts to impress his sweetheart’s father. His scheme goes horribly and hilariously awry. This Production was originally directed by Peter Davey who passed away in October 2021. The group dedicate this production to his memory.
Thursday 7th: The Ray Leonard Players, Claremorris, stage ‘The Beauty Queen of Leenane’ our second play by Martin McDonagh. Set in Connemara the play centres around Maureen Folan and her relationship with her manipulative, aging mother.
Friday 8th: Ballycogley Players Drama Group, Wexford perform a new play ‘The Beacon’ by Nancy Harris. A mysterious accident, a dead husband. People are talking. Secrets are resurfacing. This play has some strong language and sexual references. Over 16’s only
Saturday 9th: Wexford Drama Group, perform ‘A Lie of the Mind’ by Sam Shepard. Set in Montana, it involves two desperate families connected by marriage. Over 16’s only
Sunday 10th: The Festival concludes with the Corn Mill Theatre Group, Carrigallen performing ‘The Door on the Left’ by local Leitrim writer Killian McGuinness. The play is set in South Leitrim against the backdrop of the Civil War which ensued as a result of the signing of the Ango-Irish Treaty in 1921. Mary Browne becomes the local curate’s housekeeper and this gives her family “a bit of importance”
Last year the stage was dark due to the covid-19 pandemic. This year we are happy to present the 40th Drama Festival and look forward to seeing drama lovers back from pril 5-10;