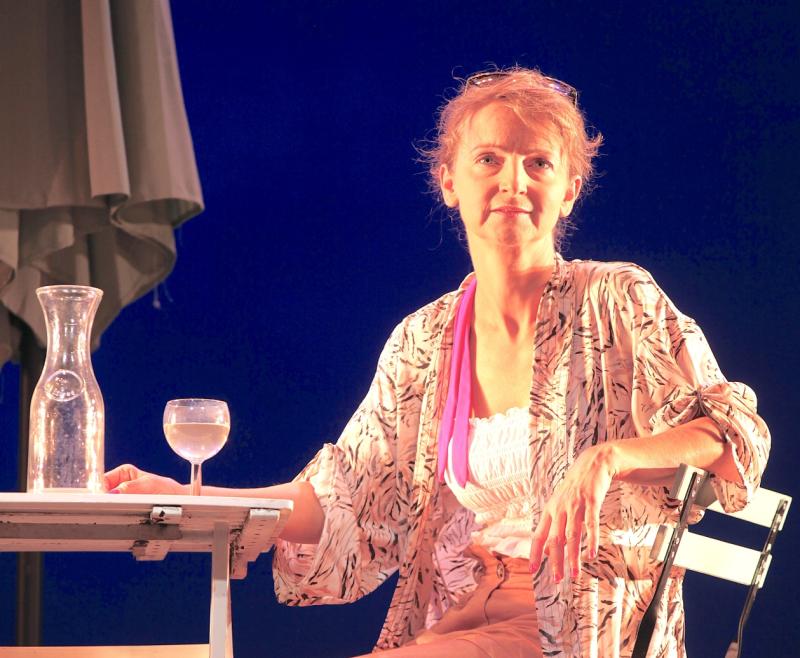 Following its sell-out run at Dublin’s Gaiety Theatre,, treat yourself to an evening of laughter and triumph, as Norma Sheahan, one of Ireland’s leading dramatic actors, breathes new life into Willy Russell’s effervescent and iconic character SHIRLEY VALENTINE at Longford's Backstage Theatre.

Trapped in a dreary marriage and humdrum life, Shirley wonders when she lost her hopeful, youthful self. With no support from her demanding husband, snooty neighbour, or self-absorbed teens, Shirley resorts to full-blown (although somewhat one-sided) conversations with her kitchen wall.

So, when a divorced friend asks Shirley to go on a vacation to Greece, she bravely gathers what remains of her dignity and begins a humorous and uplifting voyage of rediscovery.

Shirley with ever-opening eyes, begins to see the world – and herself – in a different light… but will she ever go back to being “St Joan of the fitted units”?