Dead dog wins race and the hare that took Ballinagh by storm.... 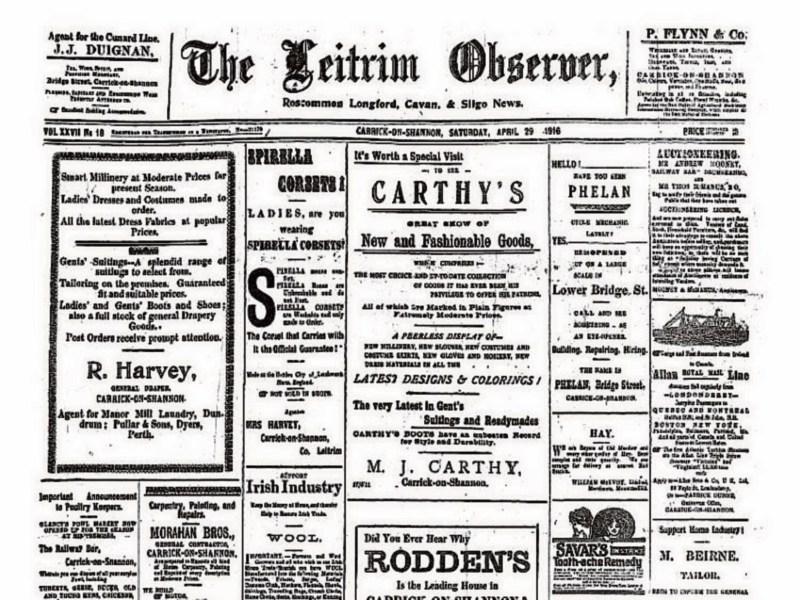 Looking back at the stories that made the news in the Leitrim Observer in 1917 and 1967.

Here are some of the stories that made the headlines on this week in history in the Leitrim Observer:

The greyhound, Golden Butterfly, actually won a race after he was daed. He died during a terrific duel with three dogs at Cork some years ago. Putting in a great effort he shot to the front nearing the post; then he staggered and finally fell.
However, the judge ruled that Golden Butterfly had won. This was disputed. It was claimed that he had not crossed the line; the bookmakers did not pay out until an investigation was made and it was found that Golden Butterfly, although dead, had just got his nose ac cross the line. (Page 4, June 6, 1942)

An unusual incident happened in Ballinagh on Friday last when a hare raced up the entire Main Street. There were a large number of people on the street and all were amazed to see the hare running through the traffic. Two dogs gave chase but the hare raced into the yard of a local premises and jumped into the open window of a motor car and took refuge until the dogs disappeared. (Page 2, June 10, 1967)