Winter months offer a time of opportunity for pike anglers 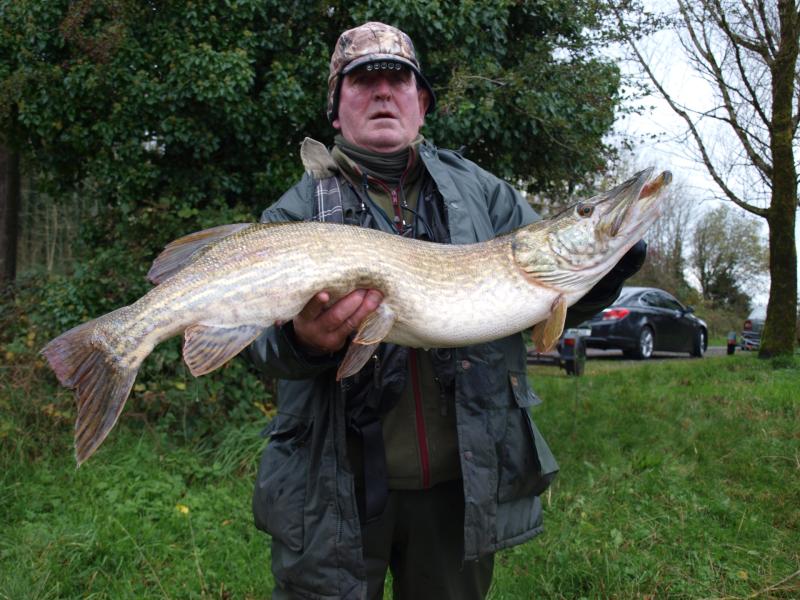 The long nights are in and the slow, repetitive and sometimes painfully dismal trudge to spring now begins. From that statement you can tell that I am not a fan of the winter.

I think the lack of light is what does it for me. Dark getting up in the morning and dark again come 4pm in the afternoon. I’d nearly bet on it that it could technically be classed as a form of torture. I suppose if I look on the bright side and keep telling myself that the days start getting longer from December 21 perhaps the days will fly in.

There is an old saying “One man’s meat is another man’s poison” which probably goes a long way to describe how different we all are. I personally don’t like the short days, but there are as many like me and more, who relish the longer evenings, and the different opportunities for fishing that this annual change sparks off in the natural world.

This is a time of opportunity for predatory fish such as the pike. The salmonids are making their way up every river in the country right now and it would be foolish to think that such perfect predators as pike would not be aware of this.

The need to bulk up for the coming spawning season drives them on. It is this time of year you will find the Pike angler. The hardiest of anglers.

Drive by any lake in the country in the pitch black on any of these mornings from now until about the end of February. If you see lights in the distance, fret not. It’s the pike men.

These lads go out in all sorts of weather. They don’t wait for perfect south westerly or a kind ripple on the lake. These anglers go out in all kinds of weather to try and catch the biggest pike in the lake, take a photo and put her back.
That in my opinion is the sign of the ultimate angler.

Is it any wonder that the Rinn Shannon and district-angling club lake Lough Rowan is such an attraction for pike anglers?
Every year it is stocked with up to 3000 rainbow trout, which provides great sport for the club members over the summer season. It is also no secret that stocked fish feature high on the menu for pike.

The pike being such a marvelous predator will take advantage of any unsuspecting or unhealthy fish and by doing so help keep the lake in a healthy condition. Lough Rowan has always had a reputation of holding a decent head of pike so the annual stocking of rainbow trout can surely be an added bonus for those residents.

I have said before in this column that I have no doubt that the lake will at some stage produce a pike of 30lb plus, it is only a matter of time. Watch this space!

Until next time stay safe and always wear a lifejacket.