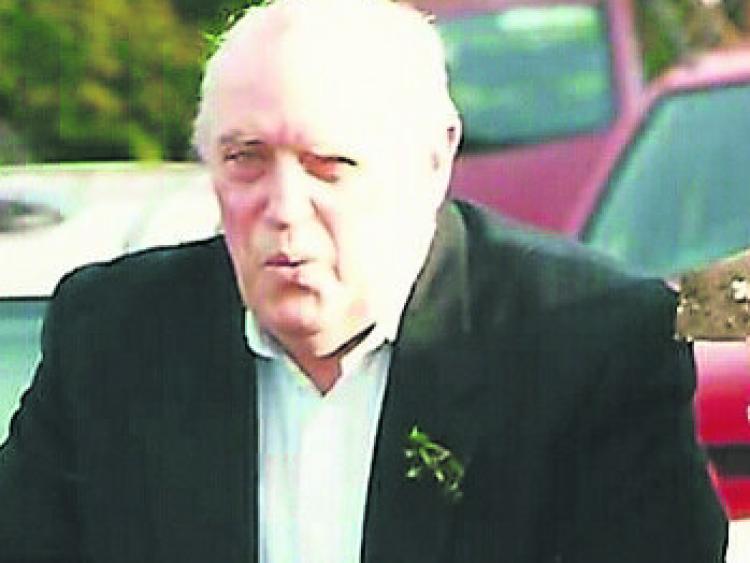 At noon on New Year’s Day (January 1, 2018), the family and friends of the late TP Reynolds gathered to pay their respects as he made his final journey from Fearglass Church to be laid to rest in Gortletteragh Cemetery.

Over the previous days, hundreds of people came to express their sympathy with his family.

TP was 87 years old when he passed away. He was very popular with young and old, always had a story or a word for everyone he met. Despite his age, his mind was sharp right up to the end and many a good tale was told as he sat beside the fire at his welcoming homestead in Fearglass.

In his younger days, TP was a star footballer with Gortletteragh GAA Club. He played mostly at centre half back, was known as a strong, tough but fair player. He was on the team who ended a forty year trophy-less spell for the club when they won the Junior A League in 1949 and won the same title again in 1958.

He also won a Senior League with Cloone in 1952 in a year when Gortletteragh didn’t field a team. Indeed his family are steeped in the history of the club, his father Hubert played in the twenties and thirties, his sons, Hubie, Joe and Desmond played through the seventies, eighties and nineties. His grandchildren Eamon, John, Ciaran, Leona, Lorraine and Claire have been or are still involved with the club.

TP was a current Club President and the large number of players and club members at this funeral showed the esteem in which he and his family are held in the community.

He was an only child and spent most of his young working life on the family farm. He then bought a tractor and associated machinery, went out for hire and helped bring his parish and surrounding parishes into modernised farming methods.

In the 1950s, 60s and 70s, farmers welcomed TP as he arrived on his unique sounding red Allgaier Tractor with the Vicon Lely Acrobat hay turner on the back. It really was a wonderful sight to see the Vicon Lely in action with its four big wheels turning the hay. TP was the man who everyone called upon for mowing, ploughing, bringing home turf or bringing cattle to the fair or mart.

In later years, TP turned his skills to driving a school bus. He brought children to primary and secondary schools all over Longford but mostly in the Killoe area.

His easy-going and kind manner meant he was popular with all his passengers and many of them came to Our Lady’s Manor, Edgeworthstown and Fearglass Church to pay their respects even though many of them might not have seen him since their schooldays.

He was very popular with his fellow bus drivers and many of his old comrades and Bus Eireann Officials took part in a Guard of Honour at his funeral even though TP was retired for a number of years.

TP was a Fine Gael candidate in the 1967 local elections for Carrick-on-Shannon area. He didn’t get elected but did very well considering his own parish was (and still is) split into two different electoral areas. The general feeling was that he would have got elected if his football and farming friends in upper Gortletteragh and Cloone were eligible to vote for him.

TP was never on a plane or ferry, nor did he ever want to, he was at his happiest out and about socialising in the locality with his neighbours and friends. He liked going to the local pubs for a pint or two and was great company with his stories and friendly disposition.

He loved music and was a fine singer with “The Pub with No Beer” being one of his party pieces.

The most important thing in his life was his family. He was most contented when he was at his home in Fearglass with his wife of 58 years, Maura, surrounded by their children and grandchildren. It was indeed fitting that in the last few weeks of his life there was always some of his family at his hospital bedside.

Gortletteragh has lost another one of its respected and loved senior citizens and he will be sadly missed by all who knew him.