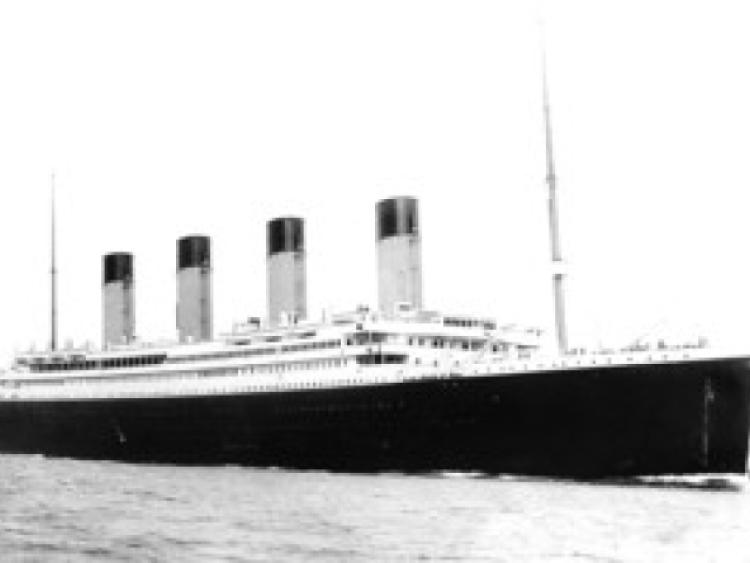 The story of the Titanic and its ill-fated maiden journey is very well known all around the world. When the ship was launched in 1912 it was supposed to be unsinkable and yet sadly the unthinkable happened.

The story of the Titanic and its ill-fated maiden journey is very well known all around the world. When the ship was launched in 1912 it was supposed to be unsinkable and yet sadly the unthinkable happened.

There were a lot of Irish people on board the ship, amongst them Matthew Sadlier, a farm labourer aged 19 from Mohill.

The Mohill Foroige Club and a group of adult volunteers have set up the Matthew Sadlier Memorial Committee. They are working together with Leitrim County Council and other agencies and have commissioned a memorial seat, to be placed in Mohill.

This project is now almost completed. The committee have the Titanic Festival of entertainment planned for the long weekend of 9th to 12th April of this year.

The official opening of Farnaught Lime Kiln, Lough Rynn Estate, Mohill, will take place at 10 am on Thursday, April 9. This free event is open to the public. As car parking space is limited at the Lime Kiln please consider car pooling.

A separate event will take place on April 9 at 11am in Lough Rynn Castle Hotel. This will comprise of a presentation from Archaeologist, Jason Bolton, on the Farnaught Lime Kiln and its impact on the local area. Numbers are limited so please book in advance. RSVP by March 26 to: sodowd@leitrimcoco.ie or 071 9623274.

At 10pm, Thursday there will be Social Dancing in The Canon Donohoe Hall with Brian McDermott, while onFriday, April 10 at 8:30pm A Gala Night of Entertainment has been organised in The Canon Donohoe Hall with music and song with Frank Feery, Cats Mewie, Carmel Hackett, Greg O’Rourke & Company, Irish Dancing with the Roisin Kennedy Dancers, sketches, and other local artists. MC on the night by the brilliant Chris Cronin.

Saturday, April 11 from 12 noon there will be a Titanic Exhibition with Memorabilia, talks etc. Six big screens will be showing films of that time and there will also be street entertainment.

Saturday evening at 6pm will see the launch of Memorial Plaque at Matthew Sadlier’s former home place and there will be lots of entertainment that night in the local pubs.

Sunday 12 April at 2pm an Ecumenical Service in honor of Matthew Sadlier in St Mary’s Church, Mohill. This will be followed at 3pm by a Titanic themed parade through Mohill, led by the Kiltubrid Pipe Band.

At 3.15pm the Matthew Sadlier Memorial Seat will be unveiled at the O’Carolan Monument with the Sadlier Family Relatives. Special Guest with be His Excellency Kevin Vickers, Ambassador of Canada to Ireland.

The Choir of St Manchan’s National School will perform at the ceremony and Sean Nós Ar An TSionann will be giving a Irish dancing performance.

Mohill Foroige will deliver a presentation about the project they started in 2012 to bring about The Matthew Sadlier Memorial Seat in conjunction with a committee of local volunteers.

Music on the platform by Chris Cronin. After this we will launch white balloons in memory of all those who perished on RMS Titanic. At 10pm A Gala Party Night in the Canon Donohoe Hall with music by Pat McKenna and Glanshane Country and this will be followed at 12.30pm by a Candle-lit Procession to the Matthew Sadlier Memorial Seat to finish the Celebrations.

Please come along and join the people of Mohill for this wonderful historical long weekend.