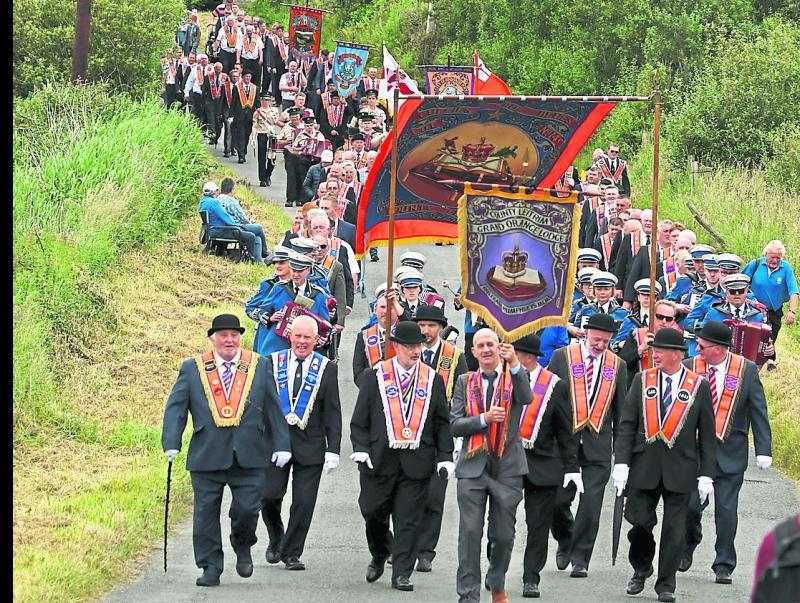 Leitrim Lodge marking in the Orange Order parade at Rossnowlagh

One of the largest Orange order marches in years took place on Saturday, July 9 at Rossnowlagh, Co Donegal.

The numbers were enhanced by great weather conditions, which boosted the numbers by thousands, those in attendance said.

Crowds gathered from early morning to witness the only such march that takes place in the Republic of Ireland, on the Saturday before the Twelfth. In the North, July 12 is a public holiday.

Upwards of 50 lodges from Donegal, Cavan, Leitrim and Monaghan, as well as visiting Orangemen from Northern Ireland and further afield were in attendance.

Proceedings began at St John’s Parish Church at 12.30pm and were later followed by a religious service at 3pm, conducted by Rev. Brian Russell, Rector of nearby Drumholm Parish. 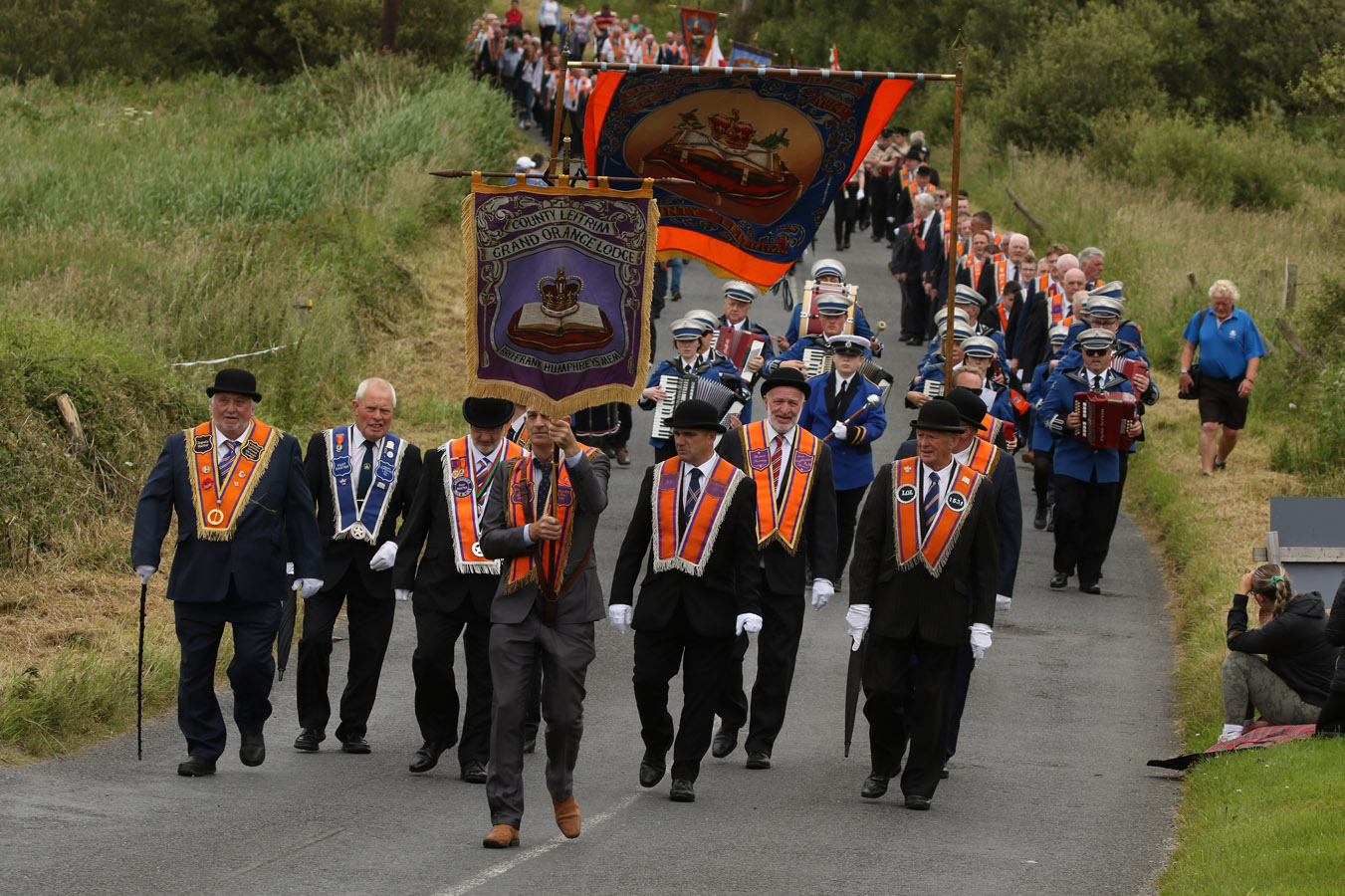