Zac Moradi has been a cornerstone of the Leitrim hurling team in recent years and played a significant role this year as the county team memorably advanced to the Lory Meagher Cup Final earlier this year.

The sight of a Leitrim hurling team taking to the hallowed turf of Croke Park in June raised the profile of the team considerably while the story of Zac, who arrived in Leitrim as an 11 year old after his family fled Iraq captured the imagination of the country.

Zac features in an end of year book 'Behind The Lines' published by the42.ie which is full of the best sport stories of the year.

The book also reflects on Dublin completing the 'three in a row' and Galway ending a 29 year wait to win the Liam McCarthy Cup. 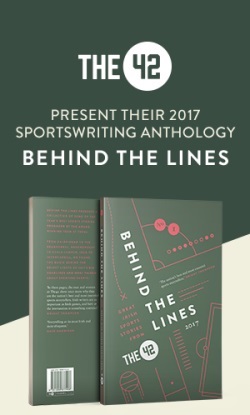