"We're in a new atmosphere now, it's cool to speak Irish"

President Michael D Higgins was in Manorhamilton today to celebrate the tenth birthday of Gaelscoil Chluainín along with staff, parents, past pupils, local politicans and the school's current students.

Welcoming President Higgins, school principal Sinéad Ní Thorsnaigh described the day as "historic" and "A day for celebration to mark the tenth birthday of the school." 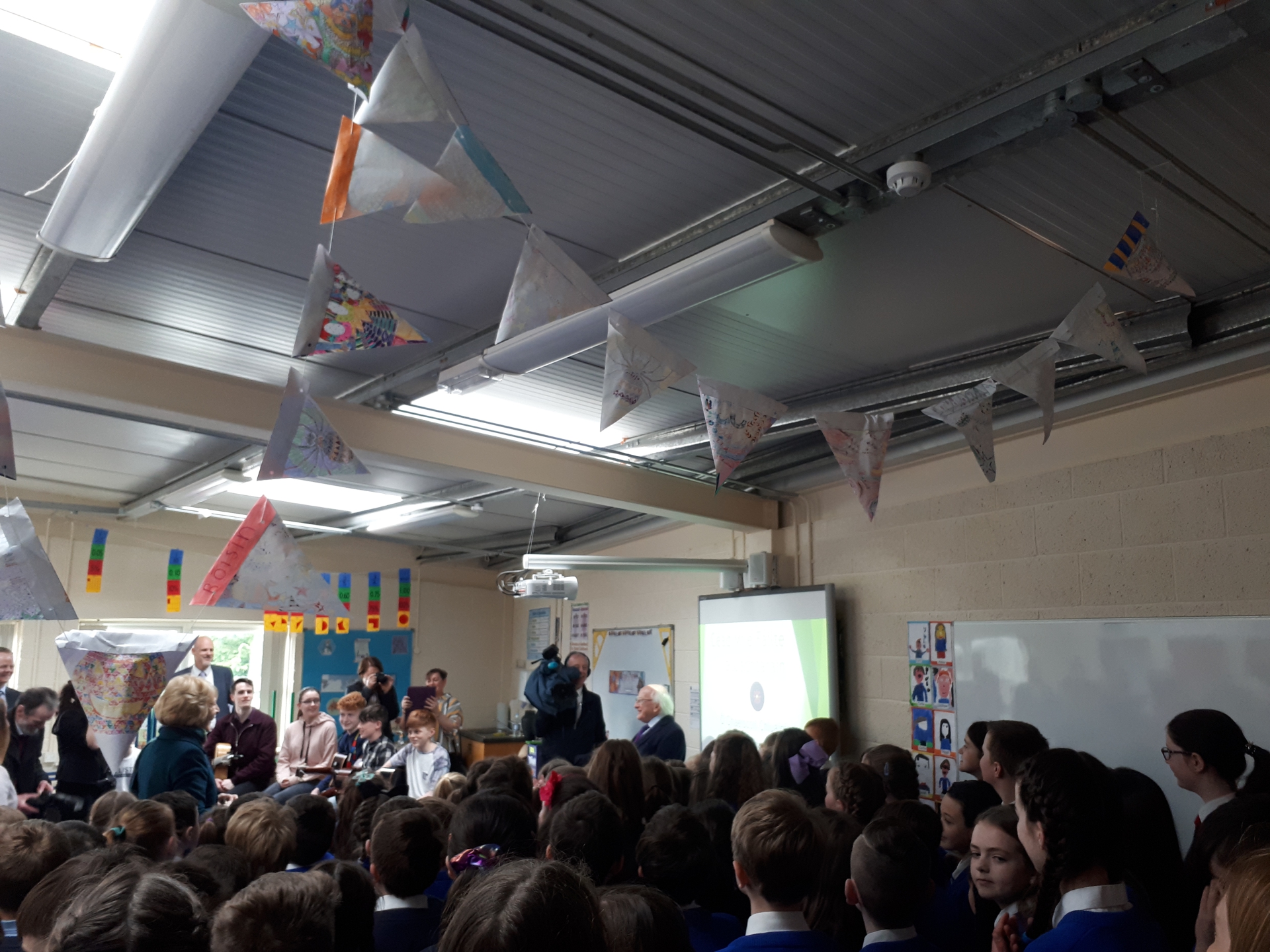 Sinead noted that 140 students have been educated through Irish since the school was first opened saying she is a great believer in the seanfhocail, 'mol an óige agus tiocfaidh sí'.

Local historian and former Irish teacher in St Clare's Comprehensive School Prin Duignan said with pride that "Manorhamilton is the smallest town in the country to have a gaelscoil."

Addressing the large crowd in both Irish and English President Higgins said, "It is a great pleasure to be here," adding that, "The Irish language belongs to all us." 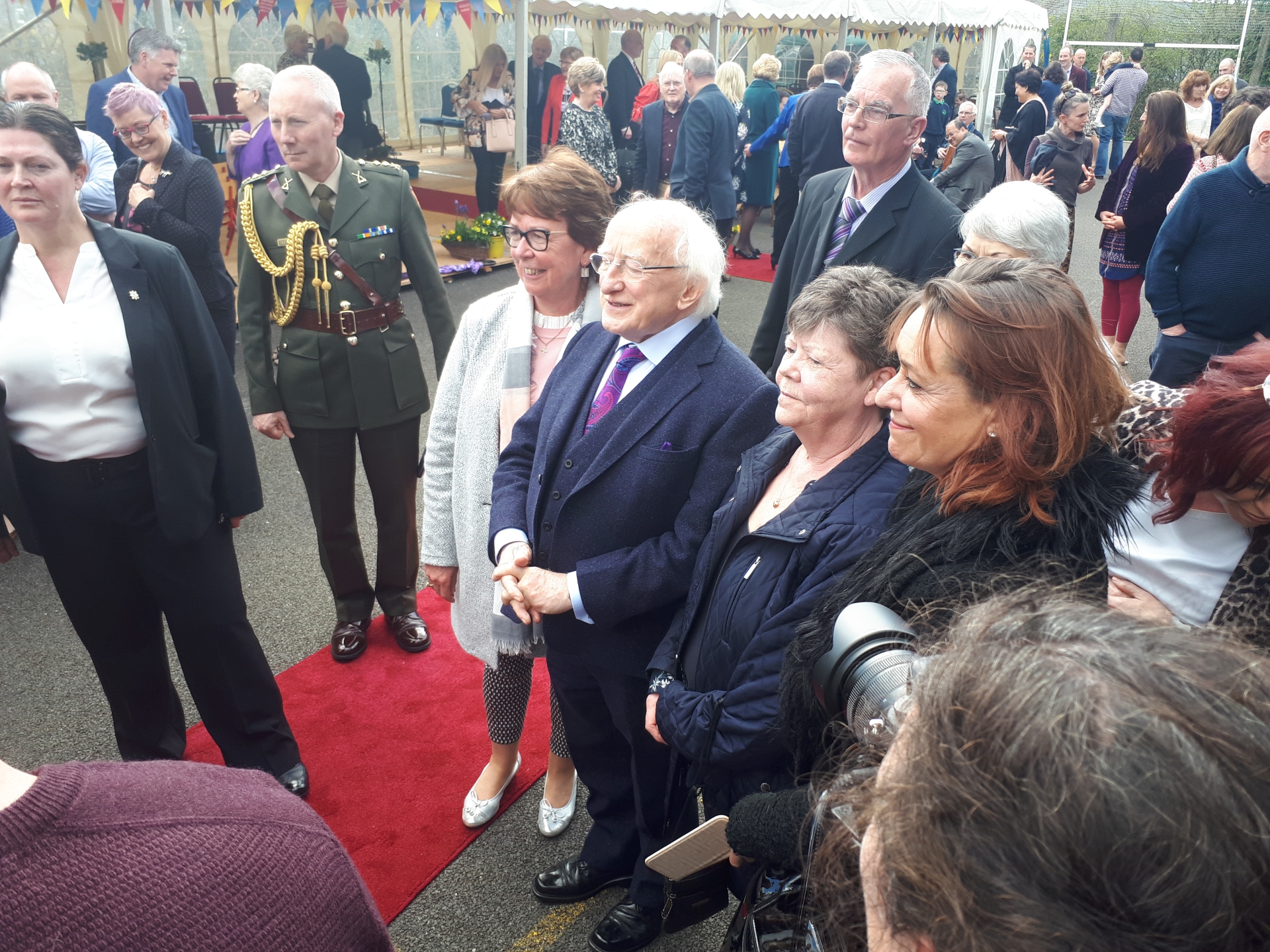 President Higgins stressed, "How important it is to realise no one is practicing the Irish language at the cost of any other language."

Referring to the remoteness of the region he was visiting President Higgins said "Maybe Leitrim is iargúlta (remote) but the people aren't ever."

President Higgins also referred to the difficulties experienced by Gaelscoileanna throughout the country saying there are 36 All-Irish schools waiting for funding because they don't have a permanent building. 18 of them are waiting longer than 20 years," and he stressed the importance of resolving this situation.

Referring to the difficulties experienced by the Irish language President Higgins said, "When Douglas Hyde was dealing with the Irish language less than 10% of the children under 12 were speaking the language. We're in a new atmosphere now, it's cool to speak Irish.

"In nightclubs that I don't attend anymore as well as showing each other their tattoos the younger people are also saying they speak Irish."

President Higgins issued an invitation to anyone with a cúpla focal to use the Irish language adding, "Our language is only one component but it is a very important one. It is not to be regarded as a chore.