In what might be a first for Leitrim, Groove Line, from Manorhamilton took home first prize in the a National Teenage Gaelic Song Competition BEO at Oireachtas na Gaeilge in Killarney on Thursday. 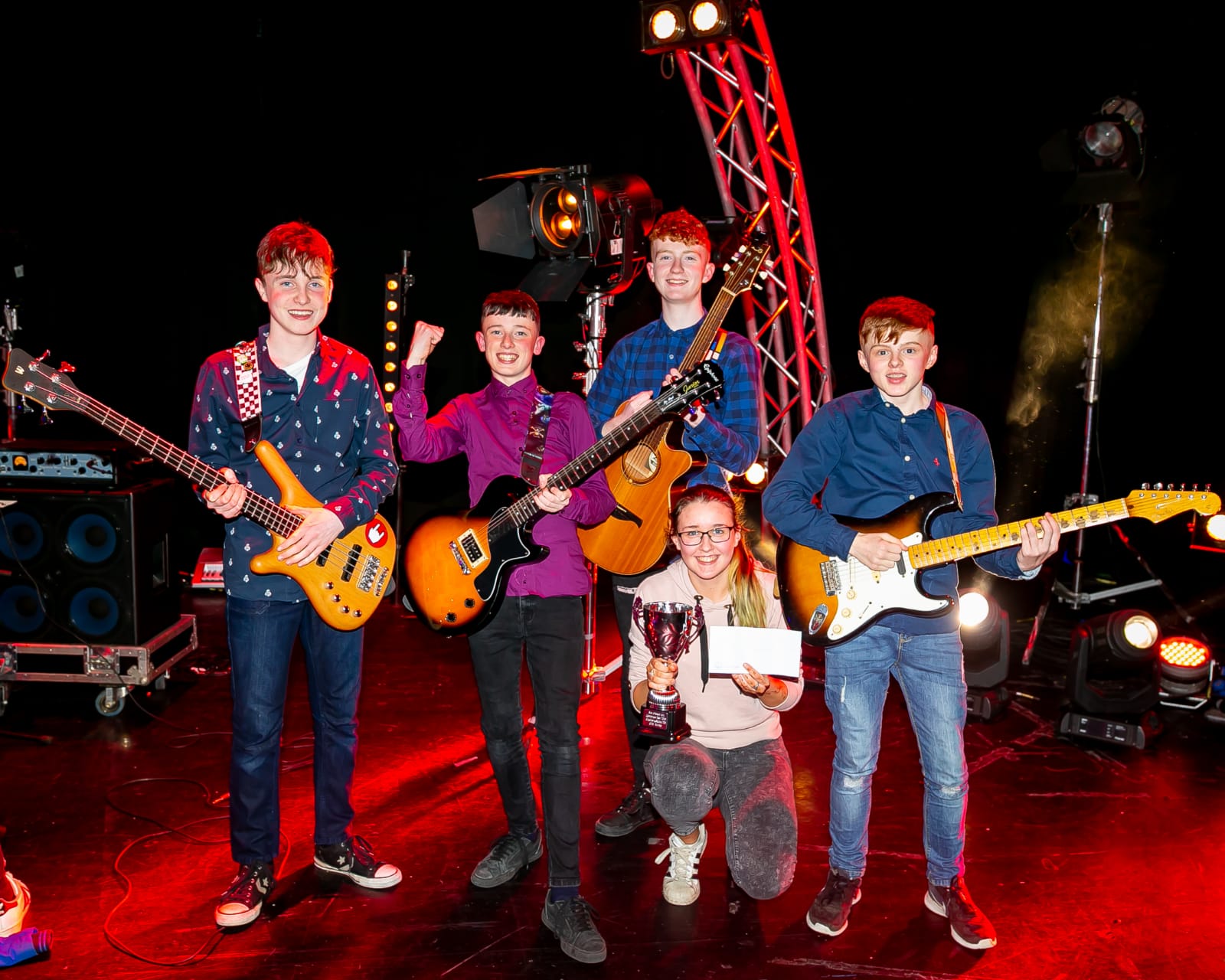 The song was written by the band earlier this Summer at the Glen's Centre annual Rock School in Manorhamilton.

Eight bands were chosen from twenty applicants to perform live on the INEC stage not only to the large audience
in the auditorium but to those watching on the TG4 YouTube channel.