WATCH: Builder for Princess Diana puts his Limerick home up for sale

A LIMERICK builder, who renovated Princess Diana’s apartment in Kensington, and many other period properties in Limerick, has now put his own tastefully restored home up for sale.
Clonkeen House, Barrington’s Bridge, Lisnagry is a property steeped in history. The unique two storey over garden level Georgian property has been brought to the market by Paul O’Brien, of Chesser Auctioneers.
As well as the five bedroom main house, there is a six bedroom coach house and the old tack room which has been turned into a home office. This is not like a box room being converted - it even has a kitchen and cloakroom. It is all serenely set on almost seven acres of landscaped walled gardens.
Clonkeen House is “simply spectacular”, said Mr O’Brien, who adds that the price is on application. In just two days after the sale was disclosed last week, he received enquiries from as far away as Dubai and Hong Kong and as close as Limerick and Dublin.
“There has been a lot of interest from Dublin as you can imagine with the trend of people moving down to Limerick and the old tack room is perfect for those who want to work from home in a private office away from the main house,” said Mr O’Brien.
The vendors are a Limerick couple who have lovingly dedicated their time in renovating their “pride and joy”.
“He is an established builder who specialises in the renovations of period properties and together with his wife have put their touches on many period homes. This is his expertise. He has worked in London and completed renovations at Princess Diana’s apartment in Kensington when she was engaged to Prince Charles,” said Mr O’Brien.
Clonkeen House has its own connection to Limerick royalty - the Barrington family. 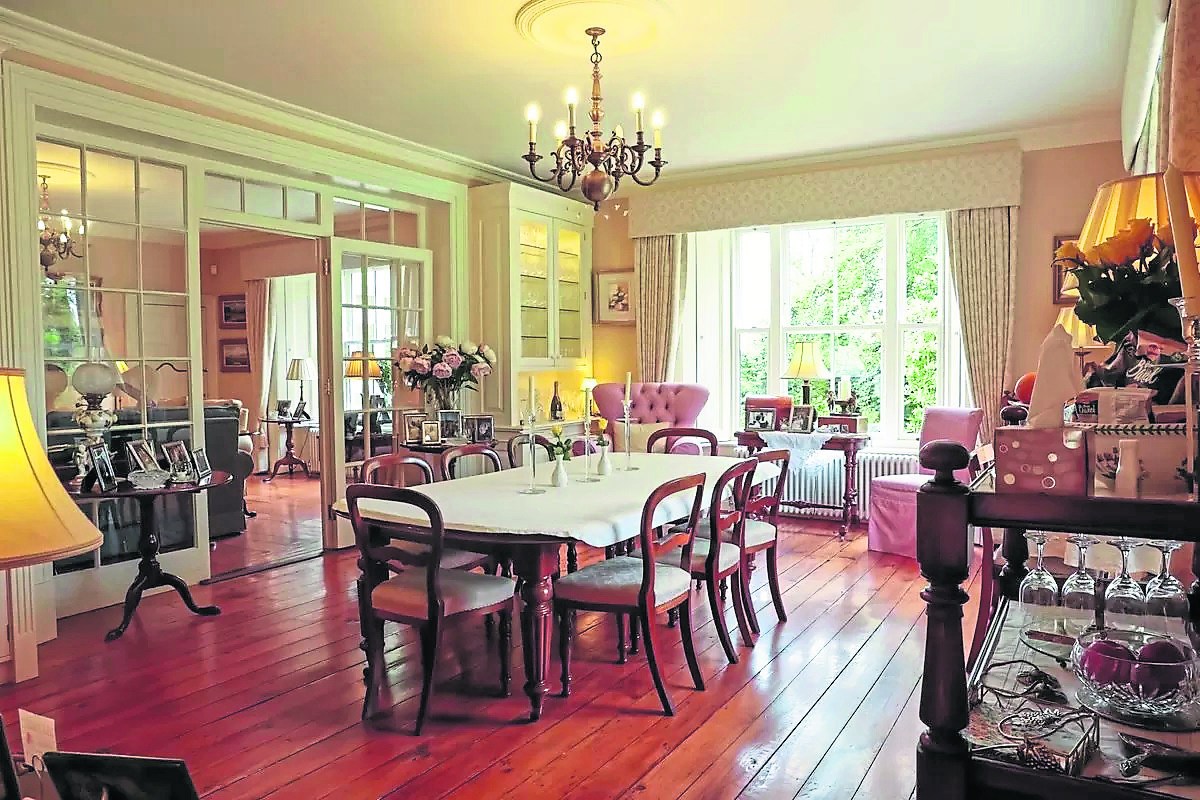 “It was built in circa 1800 and is the former residence of Sir Matthew Barrington. The Barrington family founded Barrington's Hospital and Glenstal Castle, now Glenstal Abbey. Clonkeen House was used as their holiday home,” said Mr O’Brien.
As well as Princess Diana, the residence has its own link to a once popular and well-known lady who too died in tragic circumstances.
“It was the home of Winifred Barrington - only daughter of Sir Charles Barrington. She was accidentally killed by the IRA 100 years ago last May,” said Mr O’Brien.
There was also an attempt to burn down Clonkeen House. Daniel O’Connell wrote a letter to the Barrington family apologising for the error as Limerick people were in uproar defending the Barringtons as great landlords who gave back to Limerick, said the auctioneer.
“The current owners have lovingly and sympathetically restored this unique residence including the original beams that were damaged in the fire. “You are not only purchasing a property in turnkey condition, you are buying a piece of local history,” said O’Brien.
“It is exceptionally rare for a house such as Clonkeen to come to the market in the Limerick area and especially with the benefit of a B2 BER rating. The property benefits from having two access points which affords maximum privacy, both are remotely controlled,” he continued.
Around the grounds is a walkway known as Lady Barrington's walk as the ladies would take their walks there in the shelter of the shading tree lined paths with steps to the near by river. There is adjoining land comprising a further 16.9 acres including river frontage which may be purchased with the house and grounds if required by the intending purchasers.