A statement on the Sligo Rovers website confirmed the transfer with club chairman Martin Heraghty saying, "This has been a tough decision to come to but one we feel is right for the club. Kieran has been an outstanding player for Sligo Rovers and has a fantastic future in the game.

"His contribution has been very important to us in the last 18 months and we are proud of how he has reignited his career in The Showgrounds. His professionalism and hard work have resulted in some outstanding displays in the Rovers jersey.

"With just four months left on Kieran's contract and undoubtedly huge interest to come in him as a free agent, we feel this deal gives Gerard a chance to shape the squad how he wants and bring in some new talent to The Showgrounds.

"It's not a decision we have taken lightly but it's one we felt necessary when an acceptable offer came in from Cork City. We wish Kieran great success in his future and know he leaves here with many good memories of his time with Sligo Rovers."

During his 18 months with the Bit O'Red Sadlier became a firm fan favourite with a numbr of eye catching displays and spectacular goals including this strike against Bray Wanderers.

Sadlier was also on target from a free kick against St Patrick's Athletic.

The transfer was welcomed by Cork City manager John Caulfield who will no doubt be hoping Sadlier will able to make an immediate impact both domestically and in Europe.

Sadlier, who played a key role for Sligo Rovers in their 1-0 win over Shamrock Rovers yesterday paid tribute to his former employers as he embarks on a new challenge.

"It's an exciting move for me with Cork's prospects in the league and European football, but I am sad to leave Sligo Rovers.

"Sligo gave me a chance when I really needed to play football after coming here from England. Since I have walked in the door everyone has been so welcoming and treated me so well. I've made good friends here, the people at the club look after you and I've really enjoyed being here.

"I made my debut against Shamrock a year and a half ago. I got sent off and it's ironic that my last game was against them on Sunday. I felt I've come full circle and it was special to leave on such a note. The atmosphere was the best since I've been here and it was a proud day for everyone and for me to say goodbye in that manner. 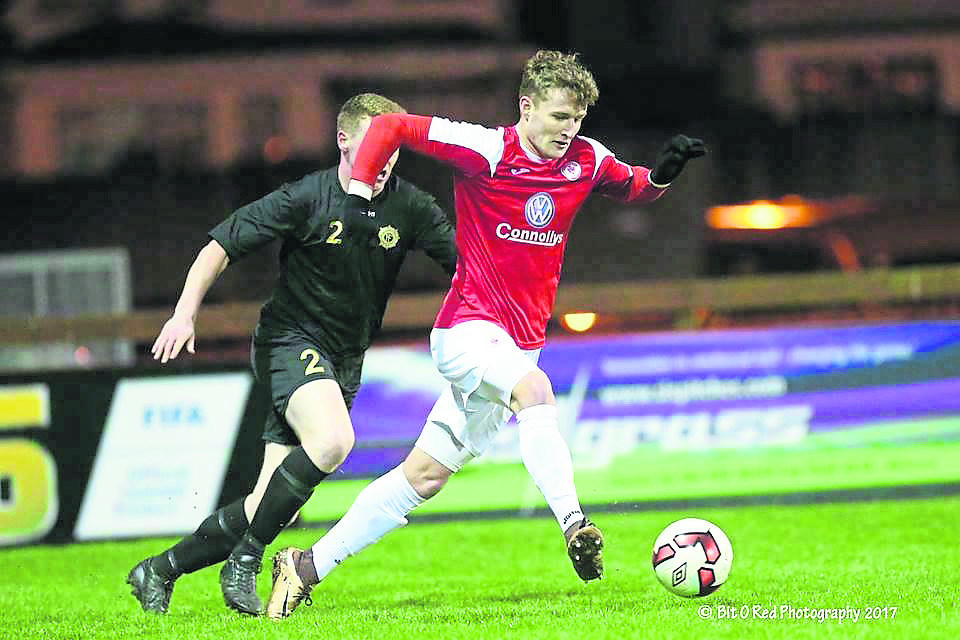 "I'll miss all of the players because we are all very close. We eat together, live together and even the new players like Rhys, Seamus and Benny have become part of that. It's what we have as a group and bonds us together.

"I'm at a point in my career when I want to win trophies and be successful. When I sat down and thought about the interest in me from other clubs, I felt I had to come to this decision. The committee and the manager could have made it difficult but they haven't stood in my way and the manager called me again to wish me well and I'm really grateful for their support.

"I'll look forward to coming back to Sligo when I play games here next season. It's a place I'll always have good recollections of and I wish everyone here the very best going forward because from the players to the manager, supporters and everyone; they deserve it because they give you their all."

NEW SIGNING | @KieranSadlier looks forward to getting down to work with Cork City FC. #CCFC84 pic.twitter.com/YLAVEhuYE6