The Leitrim hurlers have qualified for the Lory Meagher Cup following a superb victory over Sligo in Pairc Sean MacDiarmada this afternoon.

The reward for Leitrim is a clash with Warwickshire in Croke Park on Saturday, June 10.

Going in to today's game Martin Cunniffe's team knew a win over Sligo coupled with a Warcwickshire win over Lancashire would be enough to make up for many years of disappointment and near misses.

Leitrim flew out of the traps and bossed matters for the majority of the opening half. Two goals from Padraig O'Donnell helped give Leitrim a 2-7 to 1-1 lead but in the 28th minute a goal mouth scramble resulted in Sligo's Michael Gilmartin finding the Leitrim net to leave six between the sides. 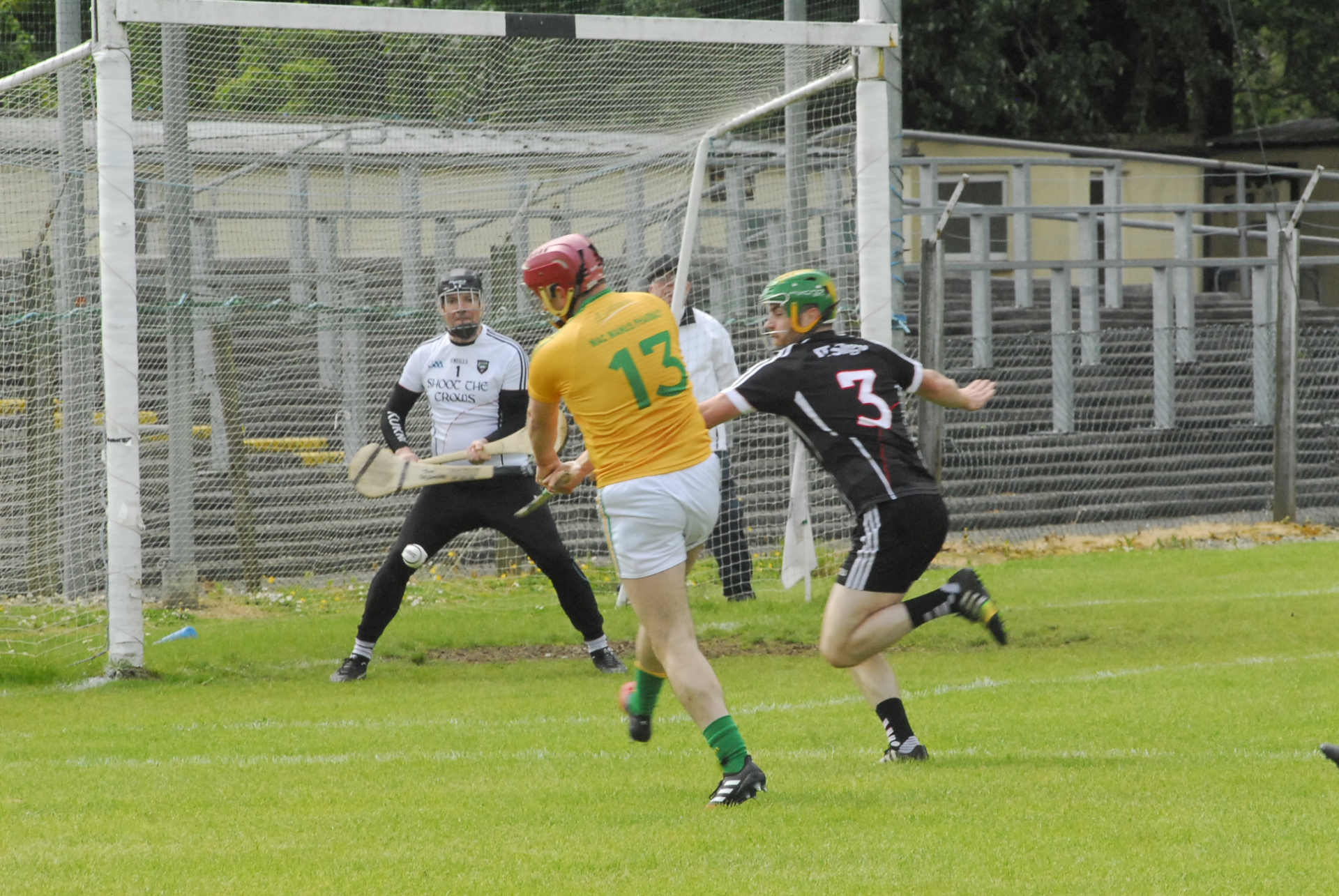 A further 1-1 from the Yeats County before the interval meant there was just a point between the sides at the break as Leitrim clung on to a 2-7 to 3-3 lead.

Leitrim looked determined to ensure they did not allow Sligo take control of the game after the restart and points from Padraig O'Donnell (65), Karl McDermott, Zac Moradi helped Leitrim move five clear with 15 minutes remaining

With four minutes remaining the game was still delicately balanced as Leitrim enjoyed a three point advantage. However, the home side took a huge step towards victory and advancing to the final when Zac Moradi scored Leitrim's third goal of the game.

With a win within touching distance Leitrim stepped up their efforts in the closing minutes to ensure the game did not take a dramatic late twist.

Padraig O'Donnell, Conor Byrne, Vincent McDermott, James Glancy, Liam Moreton and Zac Moradi were among those who shone for Leitrim in what was an excellent team performance.

Perhaps Hollywood star Michael Fassbender was right about Leitrim being a hurling county!

Dissapointing day for Sligo.congrats to Leitrim on reaching final.Massive day in Croker to look forward to.Delighted for Clement Cunliffe

Congratulations to MGMT & players of the leitrim hurlers. There are a few warriors there for a long time slogging away, delighted #CrokerBoi

What a performance from the lads!!