Festival of the year 2016 has just announced its full line up for the three day sea side festival.

Sea Sessions attract festival goers from across the country and further afield for the music, sport and beach festival. Leitrim people have been huge supporters of the event since it started.

Sea Sessions have announced their full line up for the event which gets underway next month. 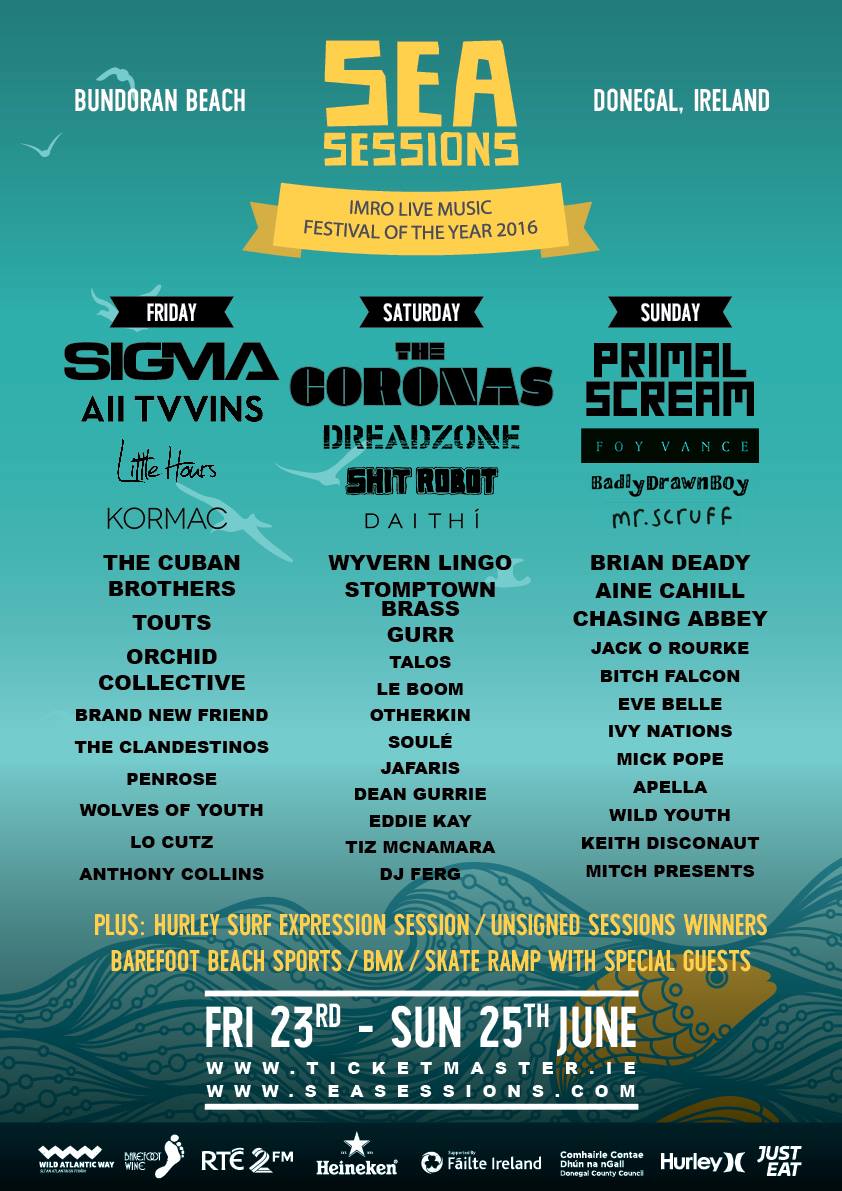 Sigma, All Tvvins, little Hours and Kormac are the main headliners on Friday, June 23. Saturday sees The Coronas, Dreadzone and Shit Robot take the main stage.