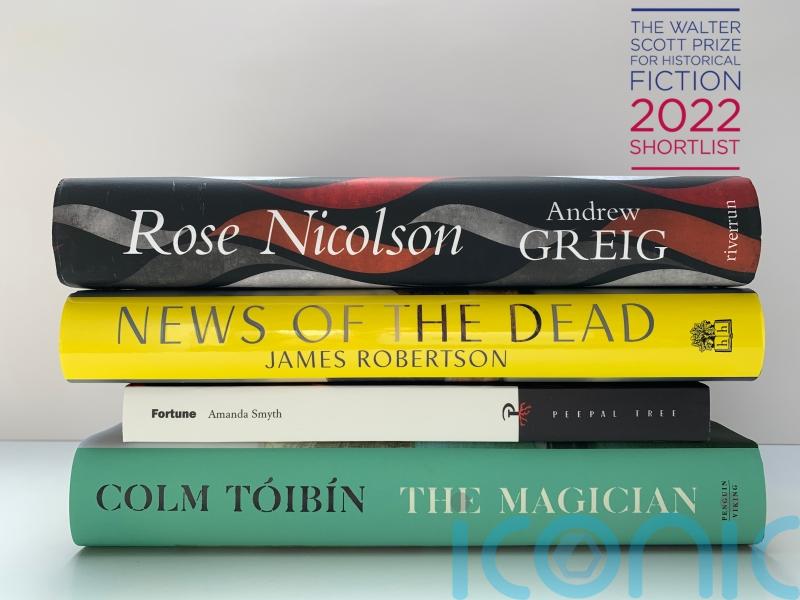 The judges of the Walter Scott Prize For Historical Fiction have announced the shortlist of four books going forward for the £25,000 writing prize.

Featuring two Scots, an Irishman and an Irish-Trinidadian, the shortlist is the first in the prize’s 13 year history not to include an English writer. It is also the first to include four books.

The Magician by Colm Toibín and Fortune by Amanda Smyth have been put forward by judges, along with News of the Dead by James Robertson and Rose Nicolson by Andrew Greig.

The winner of the prize will be announced at the Borders Book Festival on June 17.

Announcing the shortlist, the judges said: “Debate at Walter Scott Prize (WSP) meetings is always lively. Hard choices must be made.

“But informed, as always, by the WSP’s criteria of ambition, innovation, enduring appeal and quality of writing, the four books on our shortlist shone brightly in this year’s firmament.”

Settings for this year’s shortlist include the riven and violent Scotland of the 1570s, a fictitious Highland glen through three different eras, the Caribbean oil rush of the 1920s, and 20th century Europe seen through the life of writer Thomas Mann.

First awarded in 2020 to Hilary Mantel’s Wolf Hall, and sponsored by the Duke and Duchess of Buccleuch, the Walter Scott Prize For Historical Fiction honours the inventor of the historical fiction genre, novelist and poet Scott, who wrote Ivanhoe and Waverley.

With a winner’s cheque of £25,000, and each shortlisted author receiving £1,500, the Walter Scott Prize is amongst the richest fiction awards in the country.

The shortlisted authors have spoken of their delight.

Smyth said she was “absolutely thrilled to be on the shortlist, especially after seeing such a strong longlist”.

Toibín said: “Having my work recognised and honoured in this way by the Walter Scott Prize is wonderful.”

According to Greig, he was “immensely pleased and encouraged and generally chuffed” to win a place on the shortlist.

Robertson said: “I’m very happy to be shortlisted for the prize. Scott’s life and work have had an influence on my own writing so it feels right to be in the running for a prize bearing his name.

“I don’t think of myself as a historical novelist, but as a writer with a deep interest in history and time.”

To be eligible for the award books must be written in English and have their principal publication in the UK, Ireland or the Commonwealth during 2021.

The majority of the book, more than half, must be set at least 60 years ago echoing the subtitle of his work Waverley: ‘Tis Sixty Years Since.